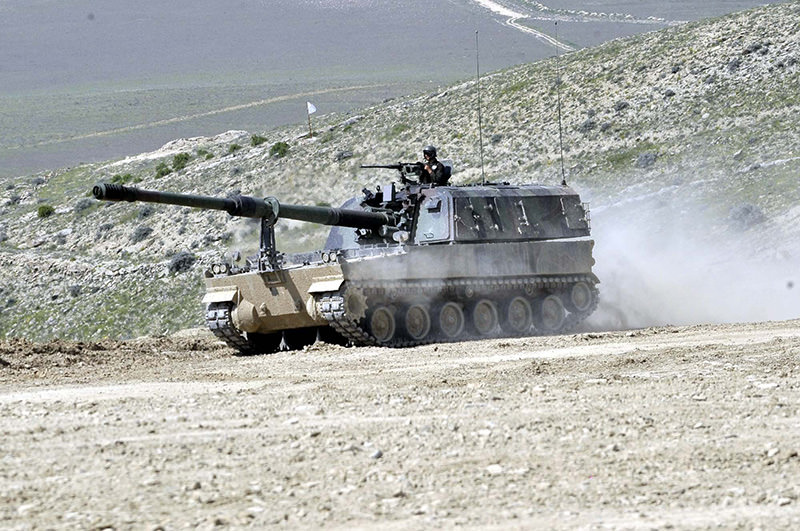 The Turkish military returned fire into a Daesh-controlled region of Syria after rockets hit the Turkish border town of Kilis on Tuesday. The military struck the Syrian city of Suran and killed six Daesh terrorists, military sources said.

Kilis, just across the border from an area of northern Syria controlled by the terrorists, has been regularly hit by rocket fire.

One person was wounded in Tuesday's attack on the town, the security sources said.

Turkey has repeatedly fired back at Daesh positions from its border with Syria, but has said it needs greater support from Western allies, citing the difficulty of hitting moving targets with howitzers.

Foreign Minister Mevlüt Çavuşoğlu was quoted as saying last week that the United States would deploy a rocket launcher system near the stretch of border that has come under attack.

A senior U.S. military official has confirmed the matter was under discussion but declined to comment further.