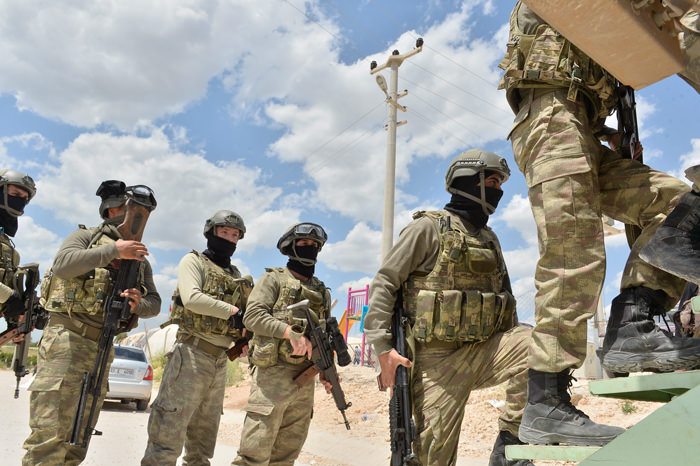 They were among five injured when an improvised explosive device was detonated in Nusaybin, a town on the Syrian border in Mardin province, the Turkish General Staff said in a statement.

The soldiers were carrying out a counter-terrorism operation in the town when they were wounded. "The two injured were immediately taken to hospital but despite all interventions our two heroes became martyrs at 14.30 [1130GMT]," the statement said. After several hours, another soldier also died in the same hospital after being injured in the attack.

The PKK, listed as a terrorist organization by Turkey, the U.S. and EU, resumed its 30-year armed campaign against the Turkish state in July, since when more than 430 members of the security forces have been killed and more than 3,800 PKK terrorists killed.

Nusaybin is one of numerous towns in the south east that have been the subject of anti-terrorism measures as troops and police attempt to drive them out.