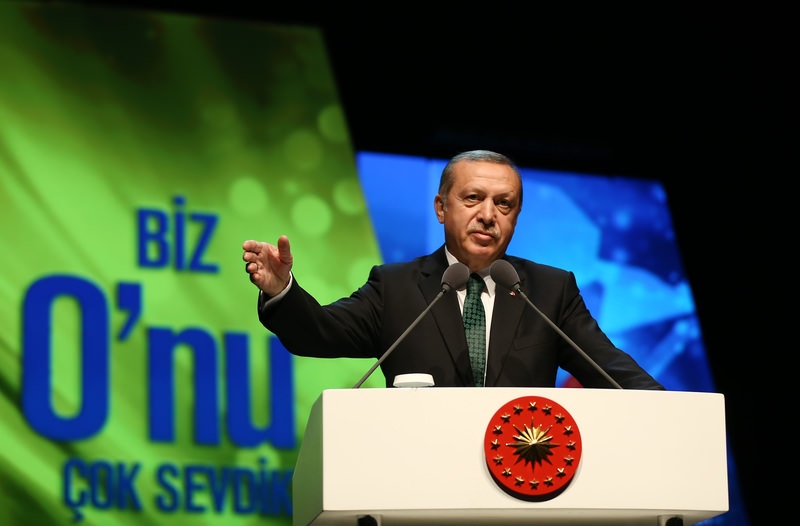 President Recep Tayyip Erdoğan said Sunday that Turkey has been left alone in its fight against Daesh while the country had inflicted the heaviest price on the terror group.

"They left us alone in fighting against this organization that attacked Turkey with both suicide bombers and attacks in Kilis," he told the audience at a film awards ceremony in Istanbul. The border province of Kilis has been the target of Daesh rocket attacks since mid-January, resulting in 21 deaths and more than 70 people injured.

He added: "None of those who said they are fighting against the Daesh terrorist organization in Syria have either made them suffer the losses or pay the price as Turkey has done."

Erdoğan added that none of the countries participated in the fight against Daesh in Syria have made the group suffer heavy losses as Turkey has done so far.

Referring to bomb attacks in Turkey by Daesh and the terrorist organization PKK, Erdoğan criticized the world's apparent indifference to terrorism in Turkey.

"The difference between the reactions to the bombs that exploded in Ankara and Istanbul and acts carried out in Paris and Brussels is nothing more than the incarnation of injustice," he said.

He also condemned the international community's "mercilessness" approach to the refugee problem and criticized the "unfair" structure of the UN Security Council, which is dominated by permanent members France, the U.K., Russia, China and the U.S.

"Is there justice?" he asked. "No. Five permanent members, determining the fate of the world. Injustice is completely reinforced there."

He reiterated his call for the council to be reformed to include up to 20 members representing every continent. "They do not accept," he said.

Erdoğan also repeated his condemnation of the absence of a Muslim presence among the council's permanent members. "There is not a Muslim country there, in this world where there are 1.7 billion Muslims," he said.