PKK shifts some units to PYD-held areas in Syria 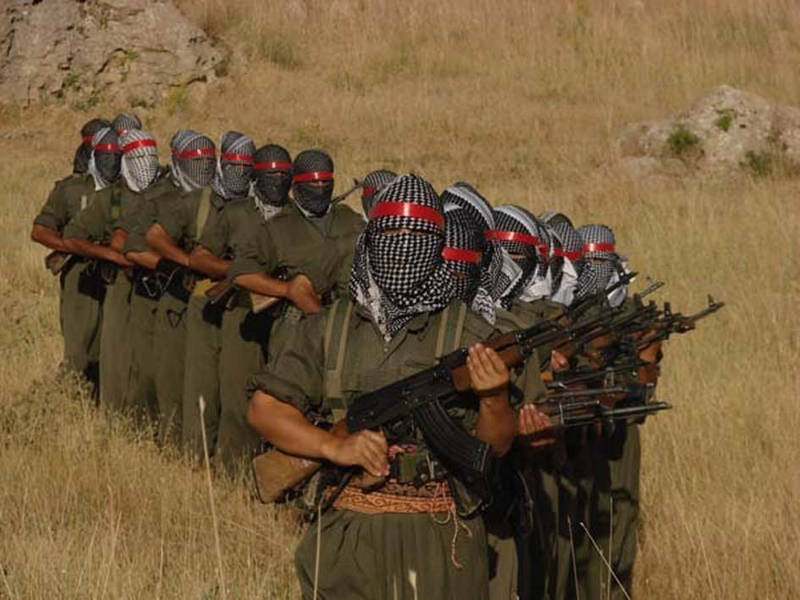 by Daily Sabah May 10, 2016 12:00 am
The PKK headquarters in the Qandil Mountains in Northern Iraq has decided to transfer several of its units to camps in northern Syria that are controlled by its Syrian affiliate Democratic Union Party (PYD) following intense airstrikes launched by the Turkish Armed Forces (TSK). Along with security operations in southeastern provinces, military aircraft continue to target the terrorist organization's camps in the region such as those in Zap, Basyan, Gare, Avashin and Metina. Intelligence reports say that the PYD has 33 camps in northern Syria and some of them constantly rotate in areas controlled by the PYD. The PKK had previously transferred a suicide bombing training camp known as the "Immortals Battalion," which was formed in 2007, to the region.

It was also reported that Eser Çalı, who launched the suicide attack in the northwestern city of Bursa province near the historic Ulu (Grand) Mosque that injured 13 people on April 27, had been trained in the PYD camps. The PKK splinter group Kurdistan Freedom Falcons (TAK) later claimed responsibility for the attack.

Turkey has been hit by a series of suicide bombings this year by PKK and DAESH terrorists in Istanbul and Ankara. Speaking after the Cabinet meeting chaired by President Recep Tayyip Erdoğan at the Presidential Palace in Beştepe, Ankara, Deputy Prime Minister Numan Kurtulmuş said last Monday that security forces had prevented 85 terror attacks, 49 of which were suicide bombing attempts, since January. Police had detained a suspected suicide bomber in Ankara in April who is believed to be linked to the TAK attack in Ankara. The suspect, identified only by the initials R. I. and is 21 years old, was already sought by security forces for plotting a suicide bombing.

Turkey to apply rules of engagement to YPG in Syria

Turkish media reported that the government is planning to implement rules of engagement for the PKK Syrian affiliate Democratic Union Party's (PYD) People's Protection Units (YPG) militia in the case of a YPG attack in the Nusaybin district of the southeastern province of Mardin.

There have been reports in which security forces have found evidence that the PKK receives recruits and ammunition through tunnels from the PYD-controlled town of Qamishli in northeastern Syria across the border.

Sources say that Turkey will hit the PYD's cantons in Syria if it is detected that PKK terrorists in Nusaybin have received support from the PYD or if it directly sends its YPG militants to clash with security forces in the conflict-ridden district on the Turkish side of the border. Turkish tanks and artillery, which are directed at the cantons of Afrin and Kobani, are still on the alert along the border.

Turkey has also resorted to the same strategy against DAESH-held positions in Syria in which the country has targeted DAESH positions in the aftermath of suicide bombings in Istanbul.

Turkey's rules of engagement were changed when on June 22, 2012 Syria shot down an unarmed Turkish RF-4E aircraft that was on a training flight to test Eastern Mediterranean radars, killing the two pilots.

The revised rules of engagement included responding to aerial and ground threats on the border immediately. After the change, Turkey continues to respond to direct threats immediately.

Ankara considers the PYD and its YPG militia to be branches of the PKK, which has waged a decades-long fight against the Turkish state and is recognized as a terrorist organization by the U.S., and E.U.

On Feb. 19, the military hit PYD and YPG targets in Afrin with rockets positioned in southern Hatay province.

The military had shelled YPG targets near the town of Azaz in northern Syria on Feb. 13, under the rules of engagement and in response to two attacks carried out by YPG and Syrian regime forces on a Turkish military base and a police station.
RELATED TOPICS