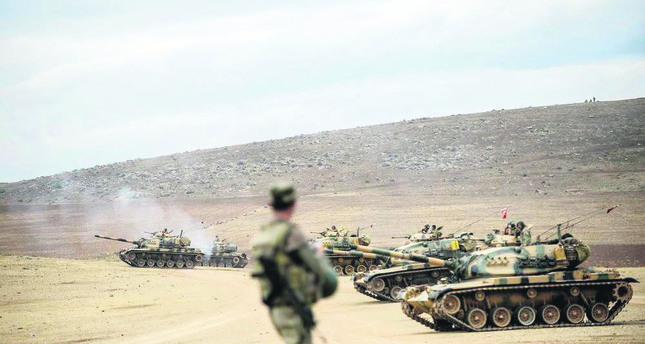 Turkish forces shelled Daesh in the Havar Kilis, Harcele and Delha regions of the Azaz district of Aleppo.

The Turkish Armed Forces (TSK) have stepped up attacks on Daesh in Syria in recent weeks after rockets fired by the group repeatedly landed in Kilis, in what appeared to be a sustained and deliberate assault. More than a dozen rockets hit the town last week alone.

Turkey, a member of the U.S.-led coalition battling Daesh, has received almost none of the support it wanted from its allies in the fight against the terrorist group and indicated Ankara was prepared to take unilateral action.