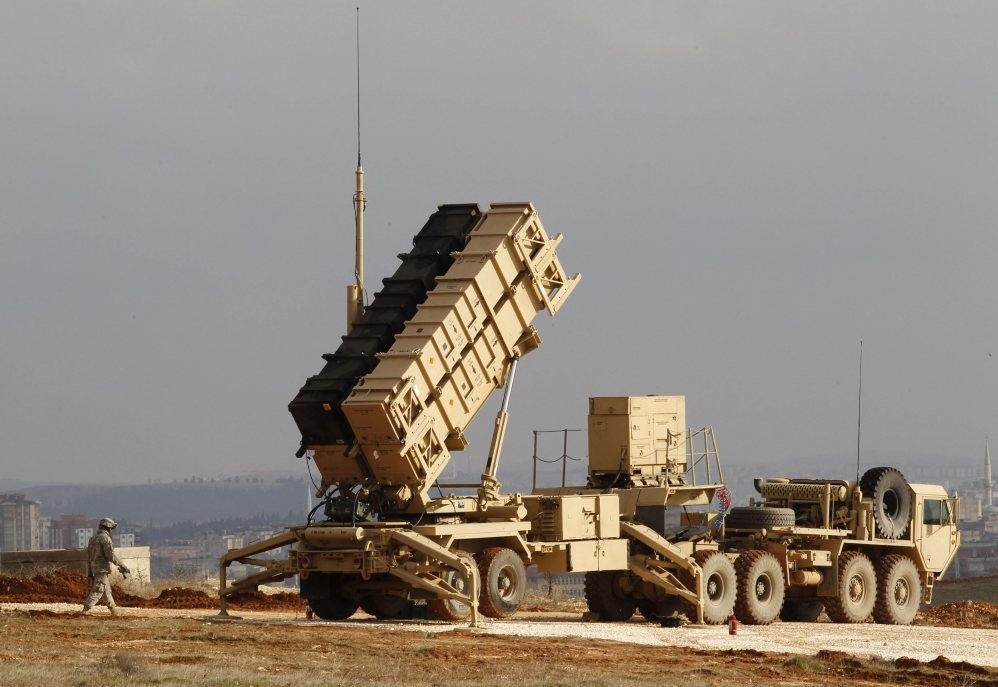 by Merve Aydoğan May 20, 2016 12:00 am
As the situation in the southeastern province of Kilis continues with repeated threats of DAESH missiles being fired from Syria as has been happening for the last couple of months, NATO Secretary-General Jens Stoltenberg, speaking prior to NATO Foreign Ministers Meeting on Wednesday, said that the situation along the Syrian-Turkish border is high on the agenda. Commenting on further security measures that could be applied along the border, especially near Kilis, a high-level NATO official told Daily Sabah that an enhanced, tailored package of assistance measures are to be applied soon until the Warsaw Summit on July 8-9.

Around two dozen people have been killed in the border town of Kilis by DAESH rockets since January, prompting the military to respond with artillery. The Turkish Armed Forces (TSK) have stepped up attacks on DAESH in Syria in recent weeks after rockets fired by the group repeatedly landed in Kilis in what appeared to be a sustained and deliberate assault. More than a dozen rockets hit the town last week alone. In this respect, the high-level NATO official, who spoke on condition of anonymity, said that NATO aims to increase deterrence by increasing the number of NATO ships and aircraft in the region as part of a package set for the Turkish-Syrian border. The official also said that NATO will send air policing by July of this year similar to how it did in the Baltics.

According to the official, Italy is planning to send SAMP-T missiles – the latest generation of surface-to-air air defense missile systems. Along with the SAMP-Ts, sources have confirmed that NATO will provide Turkey with additional Airborne Warning and Control System (AWACS) also by July. With efforts to enhance its data collection and increase intelligence sharing at the border, the official said that equipment such as Spanish missile batteries and drones are listed as option. Concerning the refugee crisis and a possibility of a new influx of refugees at the border, the official said that measures to monitor the refugee flow will be implemented at the border. The official also said that all the above-mentioned enhanced measures are to be implemented within the upcoming months.

Commenting on the situation in Kilis, Stoltenberg told the media: "The situation along the border between Turkey and Syria will be discussed and of course we are concerned because we have seen several attacks and we have seen also a high number of civilian casualties, innocent people being killed." Expressing NATO's solidarity with Turkey, Stoltenberg further said that the matter remains high on NATO's agenda. "NATO continues to implement assurance measures for Turkey, we have deployed and decided also to maintain the deployment of Spanish patriot batteries. We have the AWACS flying surveillance over Turkey and we have also increased the number of port visits, port calls of naval ships or ships from NATO allied countries.

"We are looking into what more we can do but I think the important message is that the situation along the Syrian-Turkish border underlines the importance of one of the main topics of the Foreign Ministers Meeting and that is how we can project stability beyond our border because we see the very close link between stability in our neighborhood and threats against our countries and our territories and our borders."

With relations between Turkey and the EU still unclear due to mixed signals given by European Commission officials on visa liberalization discussions, the NATO official told Daily Sabah that a collapse of the Turkey-EU deal could result in delays in NATO's missions on the Aegean Sea regarding illegal migration. Stressing the importance of the Turkey-EU deal as pillar of the NATO mission on the Aegean, the official said the continuation of the deal is highly significant.

Touching on NATO's mission on the Aegean Sea, Stoltenberg told the media: "NATO ships are helping cut the lines of illegal trafficking and illegal migration. We are making a real difference as part of the broader international efforts. Figures from the U.N. High Commissioner for Refugees indicate that the average daily arrivals in April were down around 90 percent from the month before and we will explore what more the alliance could do in the central Mediterranean in cooperation with the European Union."
RELATED TOPICS