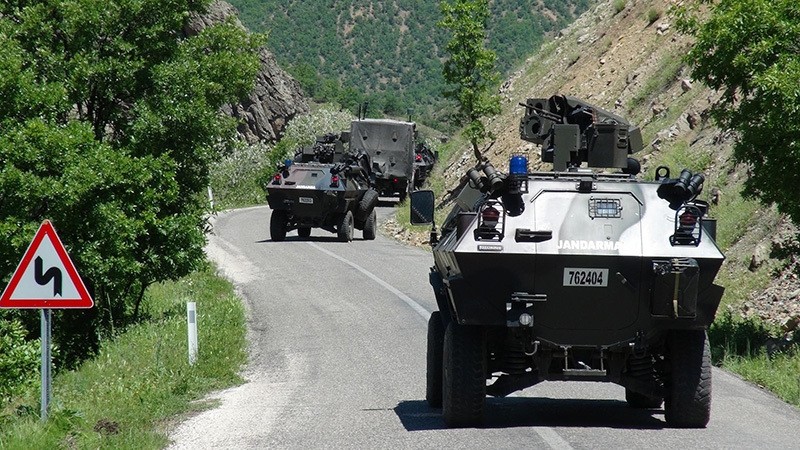 A group of PKK terrorists attacked early Saturday a worksite of a private firm working on roads in Ovacık district of Turkey's eastern Tunceli province, kidnapping three workers from the site.

According to Doğan News Agency, a group of terrorists initially stopped cars in the area and did the terror group's propaganda.

Meanwhile, a second group attacked the construction site of the firm working on the roads between Aşağıtorunoba village and Çambulak village of Ovacık district, convened all the workers to do their propaganda. The terrorist group put the site and some construction equipment on fire.

The group initially kidnapped five workers, but later two of them were released.

Security forces have launched a wide range air supported operation in the region to find the kidnapped workers.