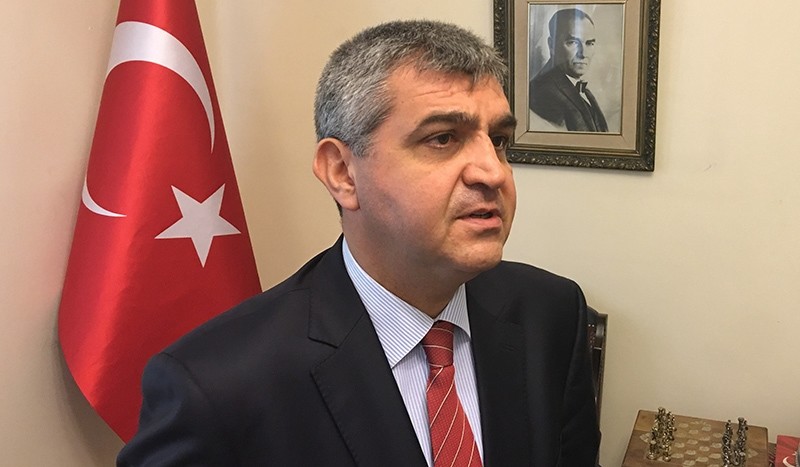 Turkey's ambassador to Baghdad Faruk Kaymakcı said that Turkey is the international coalition's most effective element in the fight against the Daesh terrorist group.

Speaking to Anadolu Agency, Kaymakcı said that Turkey has been an active member of the coalition since the first day of its establishment. He added that Daesh is not a threat only to Iraq, Syria and Libya, but to the whole region.

"Until today, around 40,000 Daesh suspects have been blocked from entering Turkey," Kaymakcı said.

According to Kaymakcı, Turkey has deported around 4,300 Daesh suspects via adopted security measures at airports, bus stations and train stations.

Kaymakcı said that Turkey provided military support to the Iraqi Ministry of Defense and Peshmerga forces, as well as providing suggestions for training Iraqi police.

Kaymakcı also said that Turkey is participating in a NATO program to boost Iraq's defense capacity.

"In this NATO program, Turkey and Jordan provide military training to the Iraqi armed forces," he said.

About the ongoing Iraqi forces operation against Daesh in Anbar province's Fallujah, Kaymakcı said the operation needs to achieve its goals in a short time.