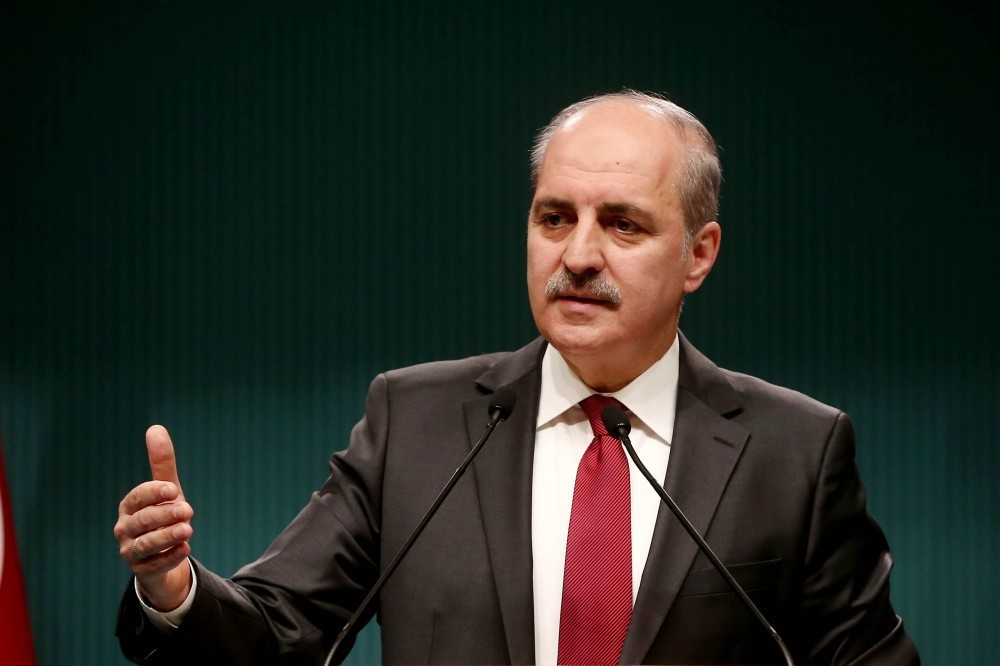 Deputy PM Kurtulmuş stressed the possibility of launched a joint Turkish-U.S. ground operation along the Jarablous line in northern Syria and ensured that everything is running in a balanced way that will not drag Turkey into a quagmire

"We know that an operation along the Jarablous line by the Turkish and U.S. Special Forces is on the cards," Kurtulmuş said, adding that there could be a joint fight against DAESH if things put Turkey's national security at greater risk. Stressing that the government is assessing all possibilities for the sake of national security, Kurtulmuş said that everything is running "in a balanced way." He said that Turkey will not be dragged into an adventure or "something that leads to nowhere."

While Ankara and Washington's ties have strained recently over the U.S. support of the Syrian Kurdish People's Protection Units (YPG), Kurtulmuş also called on Washington to make a decision to determine its ally.

"Let me tell you very clearly that the U.S. has a decision to make. Will it continue its alliance with a country that has been an ally under NATO for many years like Turkey, or will it develop new alliances with powers that are known to be against Turkey such as the YPG and PYD?" Kurtulmuş said.

Kurtulmuş also hinted at elements of the new foreign policy. When asked about whether there will be changes in foreign policy, Kurtulmuş said there will be some steps taken with Iraq, Russia, the EU and Israel. "We want relations with Russia that soured after the crisis of the downed jet to improve," he added.

The Syrian PKK affiliate Democratic Union Party's (PYD) armed YPG and the Women's Protection Units (YPJ) started an all-out offensive against DAESH on Wednesday, this time targeting the very heart of the group at their de facto capital of Raqqa. In the offensive against DAESH, the U.S. again gave air support to the YPG, this time, strengthened with ground troops. In photos of the offensive, U.S. soldiers are seen wearing the YPG and YPJ insignias. Turkish officials harshly criticized the images of U.S. ground troops wearing uniforms with the insignias. President Recep Tayyip Erdoğan condemned the incident: "This is not what was promised to us. I am someone who believes that politics should be conducted honestly. Therefore, our allies, those who are with us in NATO, cannot and should not send their own soldiers to Syria with insignias of the YPG."
Last Update: Jun 01, 2016 2:00 am
RELATED TOPICS