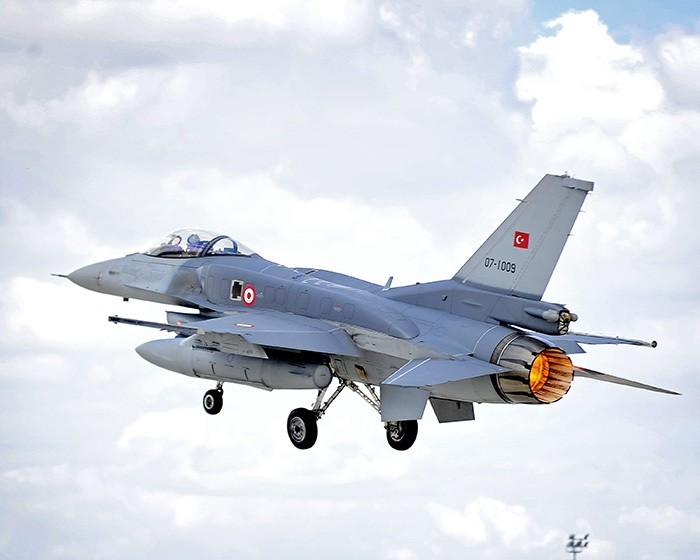 An F-16 Fighting Falcon of the Turkish Air Force takes off on a sortie from Third Air Force Base Konya, Turkey during Exercise Anatolian Eagle. (File Photo)
by Daily Sabah with AA Jun 02, 2016 12:00 am

The Turkish military said on Thursday it had shelled Daesh positions in Syria, killing five terrorists.

According to a statement issued by the Turkish General Staff, Turkish forces hit two Daesh targets in the Esh-Sheikh and Yahmoul regions of northern Syria on Wednesday.

Turkish warplanes also carried out airstrikes against the PKK terrorist organization in the Metina region of northern Iraq. The operation in the early hours of Thursday morning hit seven targets including shelters and weapons emplacements, the military said.

The PKK, listed as a terrorist organization by Turkey, the U.S. and EU, resumed its 30-year armed campaign against the Turkish state in July, killing more than 430 members of security forces during that time.

Ankara has made clear its determined stance against the PKK terror organization, vowing to continue operations until all threats of terror are eradicated.