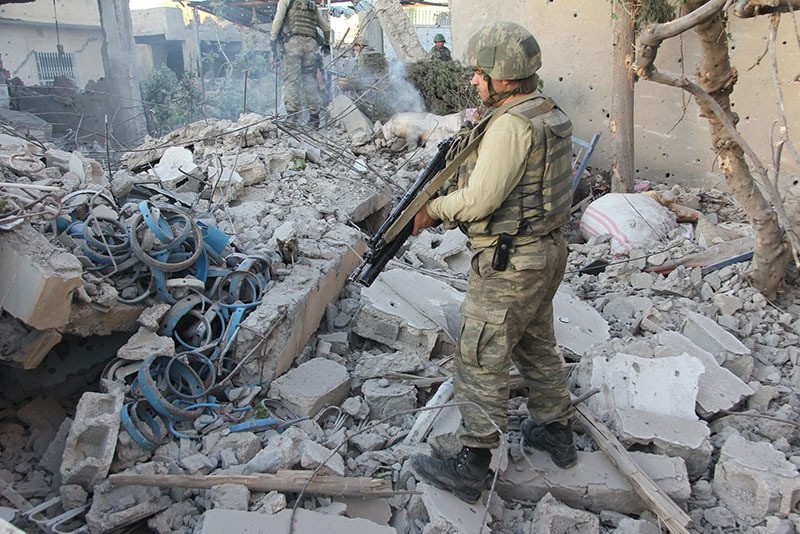 Scurity forces on Friday completed counter-terror operations against PKK terrorists that have been ongoing since March 14 in the southeastern district of Nusaybin as well as Şanlıurfa city center. The operations in Nusaybin were undertaken under the name of "Hawk-7."

The operations were for the purposes of filling in PKK trenches, lifting barricades, destroying improvised explosives and re-establishing public order in the region.

The office of the governor of Mardin stated on Friday that 495 terrorists had been killed, 508 barricades removed, 52 ditches filled and 1,213 hand-made explosives destroyed in operations throughout Nusaybin.

In May alone, more than 30 terrorists surrendered to security forces in the district in a display of PKK disengagement, raising the total number of the group members who turned themselves in to 75.

Security forces announced that the anti-terror operations in Şırnak city center were also completed on Friday. The official figures indicated that 489 terrorists had been killed, 202 barricades removes, 56 ditches filled and 1,510 hand-made explosives destroyed in Şırnak.

Turkey's southeast has been the scene of significant military operations since December 2015 as police and the army seek to clear the PKK from urban areas.