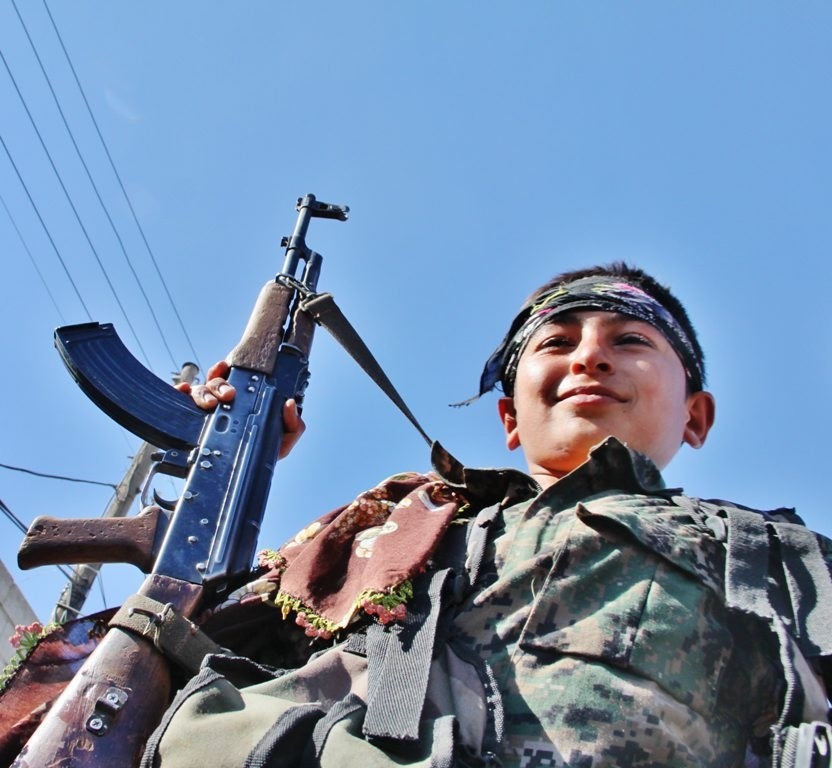 Ankara, implying that the country is ready to carry out a cross-border operation and fortify its security measures, has alarmed the PYD and its armed YPG, which has upped recruitment

Sources from the Turkish-Syrian border said that the YPG was alarmed by President Recep Tayyip Erdoğan's statement that Turkey is ready to "take matters into its own hands if needed," and the group is in efforts to recruit people between the ages 18 and 60 in the northern town of Kobani, which the PYD currently controls. They also said that Turkish troops in the border province of Şanlıurfa have tightened measures due to recent developments in Kobani, which is located across the border from the province.

On Thursday, the U.S.-backed, YPG-dominated Syrian Democratic Forces (SDF) crossed west of the Euphrates, to Ankara's great displeasure. Ankara reiterated multiple times that the YPG's crossing west of the Euphrates is a red line, considering it an expansionist PYD policy under the pretext of fighting DAESH due to its close links with the PKK in terms of militant and weapons.

Speaking at a press conference in Kenya on Thursday, Erdoğan said the U.S. had assured Turkey that mostly Arab forces will conduct the operation in Manbij instead of the YPG. "The main forces are Arab militants. That is what we were told," he said.

Yet Ankara is also concerned about the YPG in Afrin moving toward Jarablous in northern Syria, and it is closely following the latest advancements of the SDF in the region. The YPG aims to advance from two directions in the area between Azaz and Jarablous, where Ankara has long planned to establish a safe zone.

Security measures have been tightened in terms of distribution of roles in the event of a cross-border operation. According to the regulation published in the government's Official Gazette upon the Cabinet and Erdoğan's approval on Wednesday, the Foreign Ministry and National Defense Ministry will begin expropriating the military while the Turkish Armed Forces (TSK) has been assigned to prepare special troops for a possible cross-border operation. Some have said the Cabinet's approval of the Enforcement of Principles Concerning Very High Readiness Joint Task Force Operations regulation is critical for possible future developments.