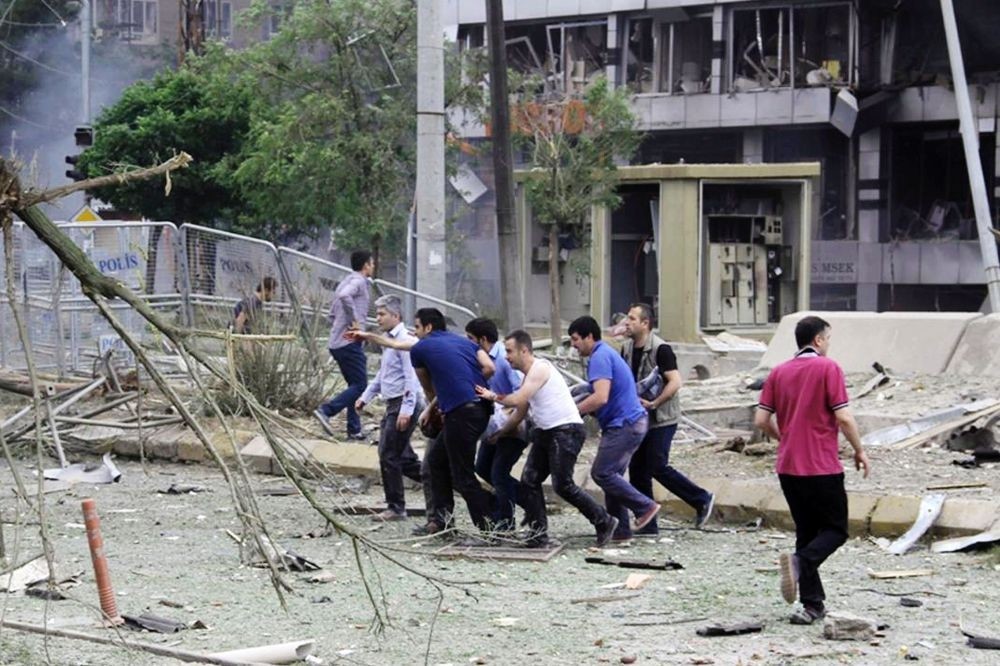 Peoples' Democratic Party (HDP) Diyarbakır deputy Altan Tan was not expecting to be greeted by angry locals when he visited the Midyat district of the southeastern province of Mardin that was targeted by the PKK on Wednesday leaving five people dead.

Scores of people demonstrated against Tan on his visit to the terror-stricken district. "It is all because of you," people shouted at him, putting the blame on the pro-PKK party for the continuous terrorist attacks across the country.

People went on to jeer the deputy, saying: "We sent you to solve problems, not for more people to die." Tan hurried back to his car after the confrontation with the locals. Some people kicked Tan's car and continued to hit it until it left the scene.

A PKK bombing with an explosive-laden minibus targeted police headquarters in Midyat in Mardin on Wednesday, killing three police officers and two civilians and wounding at least 34.

Wednesday's attack in Midyat was the second in the country in the last two days.

There have been clashes and months-long curfews in Mardin, as part of the fight against the PKK in the southeast. Security forces recently announced that operations in the Nusaybin district, one of the areas in Mardin with the most intense fighting, ended over the weekend, after nearly three months. Some 42 PKK terrorists, including 10 women, surrendered in late May during counterterrorism operations in Nusaybin.

The party has long been accused of failing to distance itself from the terrorist organization. Having gained a decent image in the eyes of the public before the June 7 elections vowing to be "the party of the whole of Turkey," the HDP's image is now in tatters.With approval ratings falling way below 10 percent, compared to the 13 percent it won in the June 7 elections in 2015, the HDP now seems to be paying the price for not standing up against PKK terror.

After the PKK unilaterally returned its armed struggle against the state in July 2015 and turned southeastern Turkey into bullet-riddled battlefields, the HDP was expected to condemn the PKK's strategy and fulfill its commitments to the Turkish nation. The pro-PKK party, however, failed to do so.
RELATED TOPICS