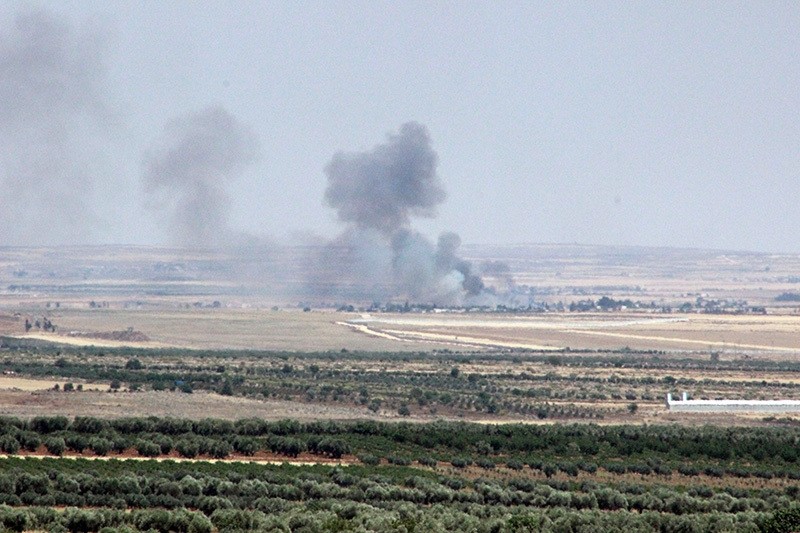 Turkish artillery and coalition jets hit 33 weapons emplacements, including Katyusha rockets, which were reportedly preparing to attack Turkey, security sources said on Monday on the condition of anonymity due to restrictions on speaking with the media.

During Sunday's operation, 23 DAESH terrorists were killed and three buildings, one defensive position and an anti-tank rocket launcher were destroyed in northern Syria, the sources said.

The southeastern province of Kilis has faced a spate of cross-border rocket attacks from DAESH in recent months.

Kilis has been under indiscriminate rocket attacks from neighboring Syria since mid-January. Twenty people in Kilis have been killed and almost 70 others wounded by rockets that fell in the city.

Syrian Arab forces have also taken territory formerly held by DAESH in a bid to capture a strategic hub linking the terrorist group with the Turkish border.

The People's Protection Units- (YPG) dominated Syrian Democratic Forces (SDF) have seized 3 kilometers of territory to the northeast of the northern city of Manbij plus 6 kilometers to the south, the Pentagon said on June 9.

Recognizing DAESH as a terrorist organization on Oct. 10, 2013 in an official declaration, Turkey continues to fight DAESH both with military precautions along the Syrian border and with extensive investigations in the country to cut off supply and recruitment routes.