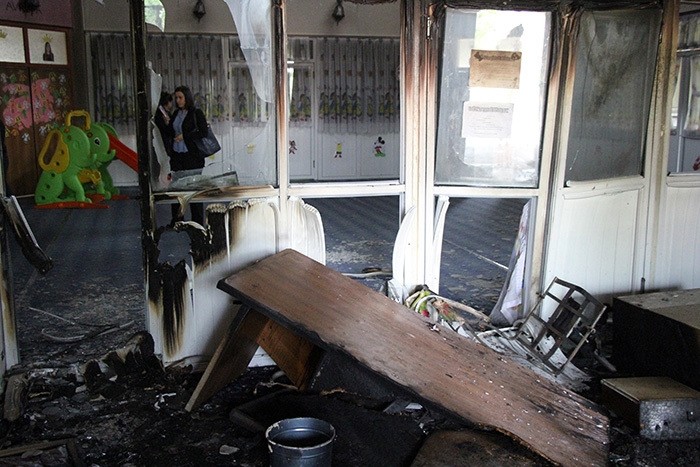 No teacher or schoolchildren were present at the time of attack since Sunday is normally an off day at schools in Turkey.

According to the source, who spoke to Anadolu Agency on condition of anonymity due to restrictions on talking to the media, terrorists detonated their explosives inside the nursery building in the province's Ipekyolu district.

A large section of the nursery was destroyed, while a fire also broke out after the explosion.

Police later detonated a bomb found in the schoolyard in controlled manner, the source added.

Speaking in Istanbul on Saturday President Recep Tayyip Erdoğan also said that more than 7,600 PKK terrorists have been killed since the launch of operations in July 2015.

The PKK terror group, listed as a terrorist organization by Turkey, the U.S. and the EU, resumed its 30-year armed campaign against the Turkish state in July 2015. Since then, about 500 security forces have been killed during the operations