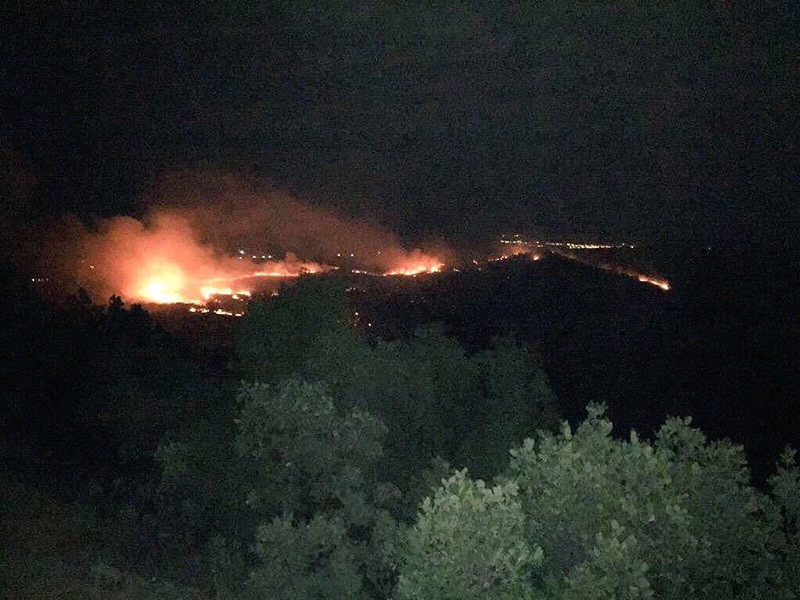 New curfews have been declared early Tuesday in 25 villages of Turkey's southeastern Diyarbakır province for anti-terror operations to kick off in the region. The area remains as one of the last places where the PKK terror organization has partial control over the rural territory inside Turkish borders.

Security forces launched the new operations in order to locate and destroy explosive devices planted by the PKK in Lice, Hani, Silvan, Hazro and Kulp districts.

Rural areas of these districts are being used by the PKK to plant cannabis fields to fund their activities. Approximately two-thirds of all illegal cannabis cultivated in Turkey are believed to be grown in Diyarbakır, especially in its northwestern districts where the curfews have been declared.

The Turkish Armed Forces and the police were assisted by an Unmanned Aerial Vehicle (UAV), a helicopter and an F-16 warplane during the counter-terror operations. The UAV was used to locate and pinpoint the targeted areas and then the helicopters and F-16 warplane were utilized to bomb the cannabis fields.

Hideouts in Lice district have reportedly been used by PKK terrorists to launch car bomb attacks against security forces and civilians in southeastern Turkey and large cities.

In order to make sure the locals living in these 25 villages were kept safe during these operations, curfews were declared at 5 a.m. on June 21. No further details were provided regarding the duration of the curfews.

A Stratfor report from 2007 on the entire PKK structure, which was published by WikiLeaks, says the PKK, which is recognized as a terrorist organization by the U.S., EU and NATO, is engaged in drug trafficking and other organized crime and is supported by certain European countries. Defining the PKK's sources of revenue, the report says it receives revenue from almost all kinds of narcotics trafficking. The PKK has a budget of about $86 billion.

The PKK - listed as a terrorist organization also by the U.S., and the EU - resumed its 30-year armed campaign against the Turkish state about 11 months ago.