UK representative: We are concerned with link between PYD, YPG and PKK 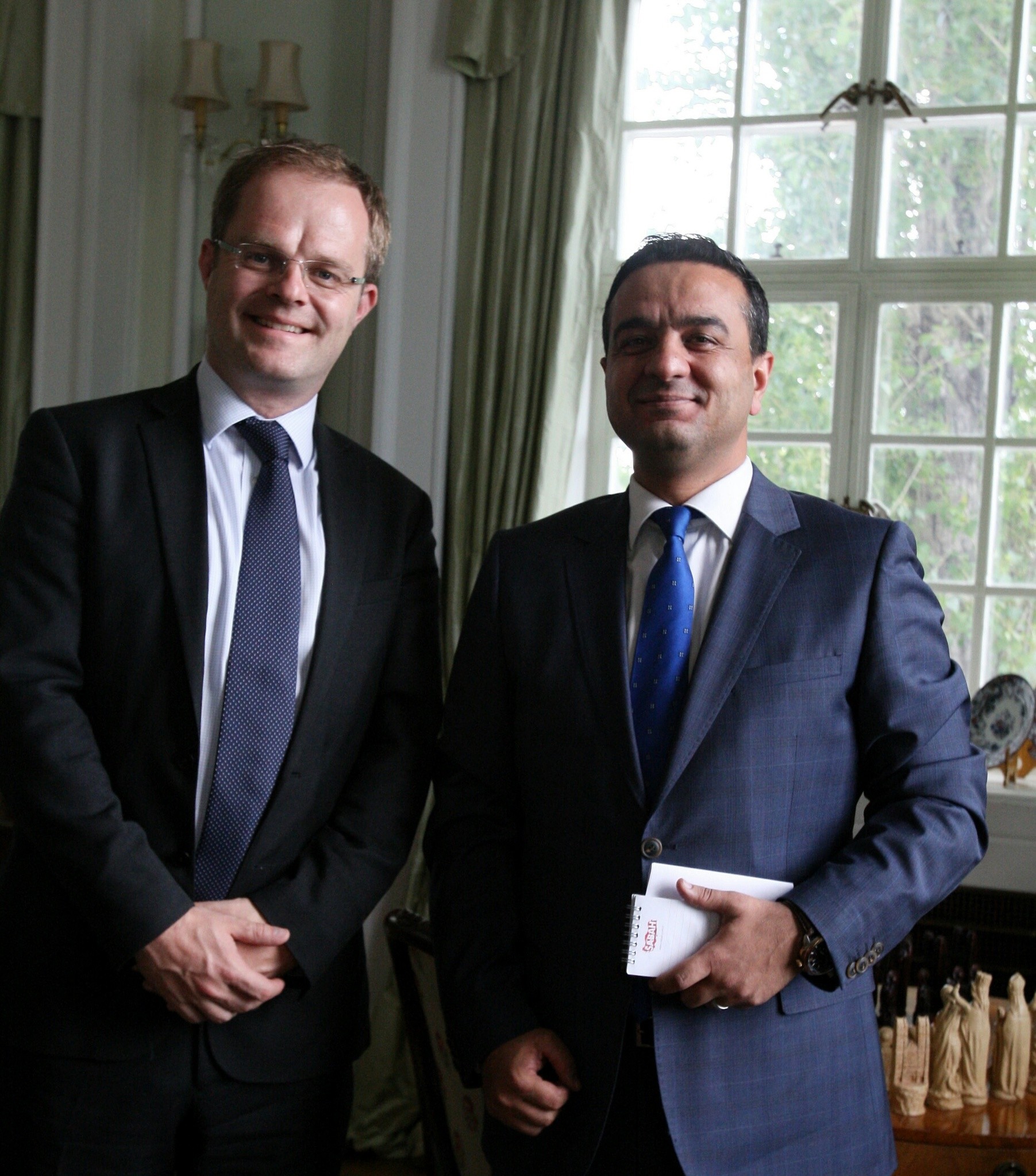 Speaking to Daily Sabah after visiting Ankara, Bayley said the U.K.'s position on Syria is clear and, according to their view, it is not possible to have a stable Syria that can be at peace with itself and neighboring countries as long as Syria's Bashar Assad remains in power. Regarding the ongoing operation to liberate Manbij from DAESH, Bayley said that there is no non-Arab control of the town by elements and Manbij is historically a Sunni Arab community. "If there are elements of the Syrian Democratic Forces [SDF] involved in operations to liberate Manjib, those elements must withdraw from the town after the operation," he said.

Explaining that the U.K. is in favor of maintaining Syria's unity, Bayley said that they want to avoid any premature decisions regarding the ethnic composition of the country and do did not recognize the Rojava administration. "We believe, rather, that those kinds of decisions need to be made among all Syrians at a future date through the Geneva process," he said.

In response to questions raised about the Geneva peace talks and whether or not talks will result in a political solution regarding Syria, Bayley said that the U.K. does not see any alternative to a political solution for Syria. Highlighting that the differing agendas of Russia and Iran could be an opportunity for Syria, Bayley said: "I believe Russia is far less concerned about Assad if Assad fails to protect Russian interests and stability in the country. Iran does see Assad as a symbol of its stability and yet it is Russia that is essentially dictating the military situation on the ground.

"I believe that we can have a conversation at the international level that includes Russia, regarding interest and stability at one level. Regarding the Syrian people, it is possible for the opposition to describe a convincing future about the country," he said.

Commenting on the U.K.'s position regarding the PYD and YPG, Bayley said that as in Turkey, the PKK is a proscribed organization in the U.K. and they are aware of the links between the PYD, the YPG and the PKK. "We are also aware of patterns of coordination that we see between the YPG, the Syrian-Arab army, the Syrian air force and the Russian air force on the ground in operations against the moderate armed opposition. That is why it is important that in fighting DAESH, we ensure that the outcome in terms of liberated territory is for land and communities that are well governed by their own leaders," Bayley said.

Touching on the U.K.'s humanitarian contribution to Syria and cooperation between Turkey and Britain in this field, Bayley said the U.K. and Turkey, in different ways, are the biggest friends to the Syrian people. "Turkey hosts nearly 3 million refugees and provides them the rights to education, to health, to work. There are times when countries forget Turkey is hosting the largest Syrian refugee population by a long measure," he said"As for the U.K., we are the second highest bilateral donor to Syria. We have increased our commitment in terms of finance to Syrians – at just over 2.13 billion pounds, which is about $3 billion. Forty percent of our assistance to Syria goes in and through Turkey. The easy reason for that is that Turkey is closest to those standing for the revolution to the northern areas under pressure – Turkey has hosted the opposition in Istanbul. So Turkey is a natural partner, more than a partner, they are a friend in terms of help to Syria. Separately, I should also say that because of the size of our economy, in Europe we provide 15 percent of the EU-Turkey refugee facility as well," he said.
Last Update: Jun 24, 2016 2:56 am
RELATED TOPICS