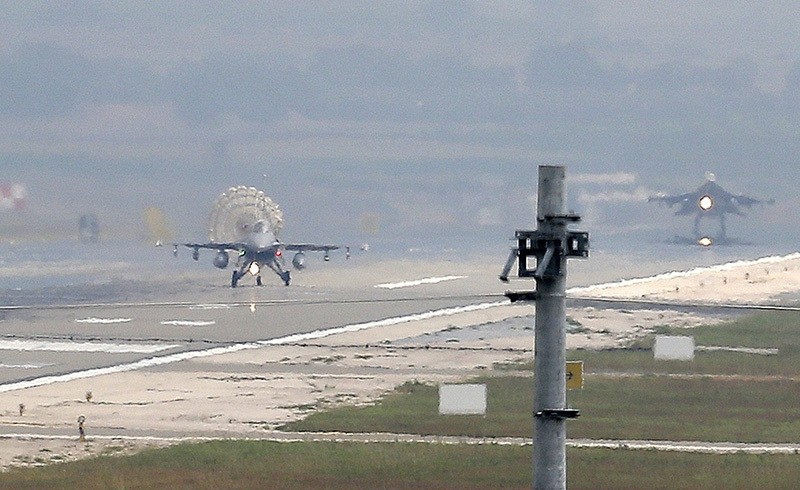 At least three PKK terrorists were killed in airstrikes carried out by Turkish jets in southeastern Hakkari province on Saturday.

Meanwhile, two soldiers succumbed to their injuries on Sunday after being shot during an anti-terrorist operation against the PKK group in southeastern Turkey, the military said.

The Turkish General Staff said in a statement that the soldiers were severely wounded during an armed attack by "separatist terrorist organization members" in the Lice district of southeastern Diyarbakır province. The soldiers later died in a hospital at 9.45 local time (0645GMT).

In a separate incident, Turkish military forces pounded five Daesh targets in Syria on Saturday in a joint operation with the U.S.-led coalition air forces. The group was reportedly preparing to attack Turkey from northern Syria, the sources added.

Both the PKK and Daesh are listed as terrorist organizations by Turkey. Ankara has made clear its determined stance against both of the organizations, vowing to continue operations against them until all threats of terror are eradicated.
Last Update: Jun 26, 2016 12:38 pm
RELATED TOPICS