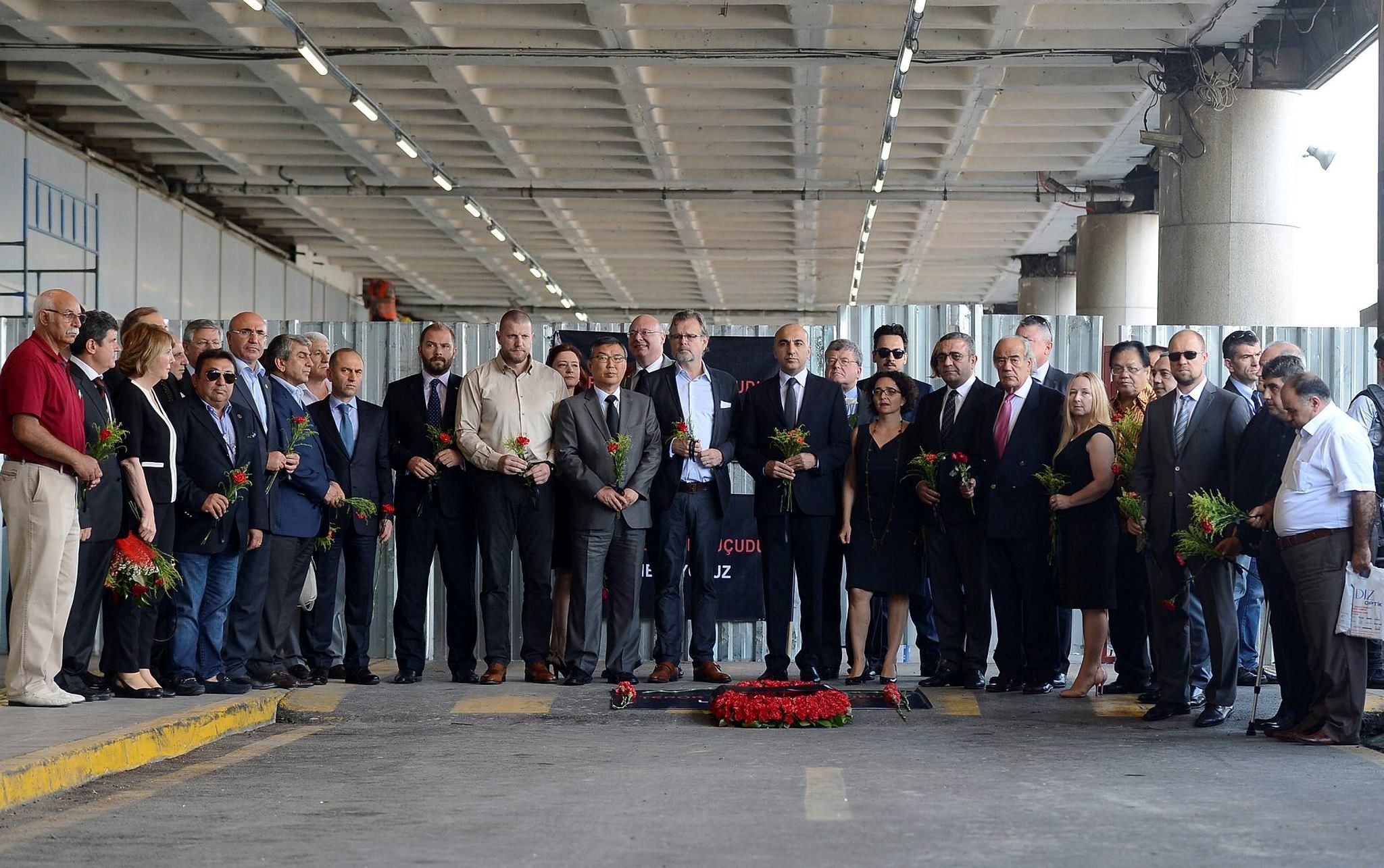 | IHA Photo
by Daily Sabah Jul 01, 2016 12:00 am
Envoys of 22 countries have visited the scene of the deadly suicide attack at Istanbul Atatürk Airport on Friday afternoon and left carnations to honor the deceased.

Foreign diplomats, including consul generals of France, Spain, Sweden, Belgium, Azerbaijan, Bosnia and Herzegovina left a wreath in front of a banner reading "Terror is a crime against humanity, we denounce it!"

Bülent Kerimoğlu, the mayor of Bakırköy, a district the airport is located in, said that they want to reiterate once again that no goal will be attained through terror while he underlined the importance of commitment to work closely together to fight the global threat of terrorism.

French Consul General to Istanbul Muriel Domenach offered condolences on behalf of consul generals of all European Union states as well as other countries, saying that they condemn terror regardless of its source and expressed solidarity with Turkey in its fight against terror.

On Tuesday, 44 people were killed and more than 200 were injured in the bombings and shootings, which targeted the international terminal of the Atatürk International Airport, one of the world's busiest airports.
Last Update: Jul 01, 2016 10:08 pm
RELATED TOPICS