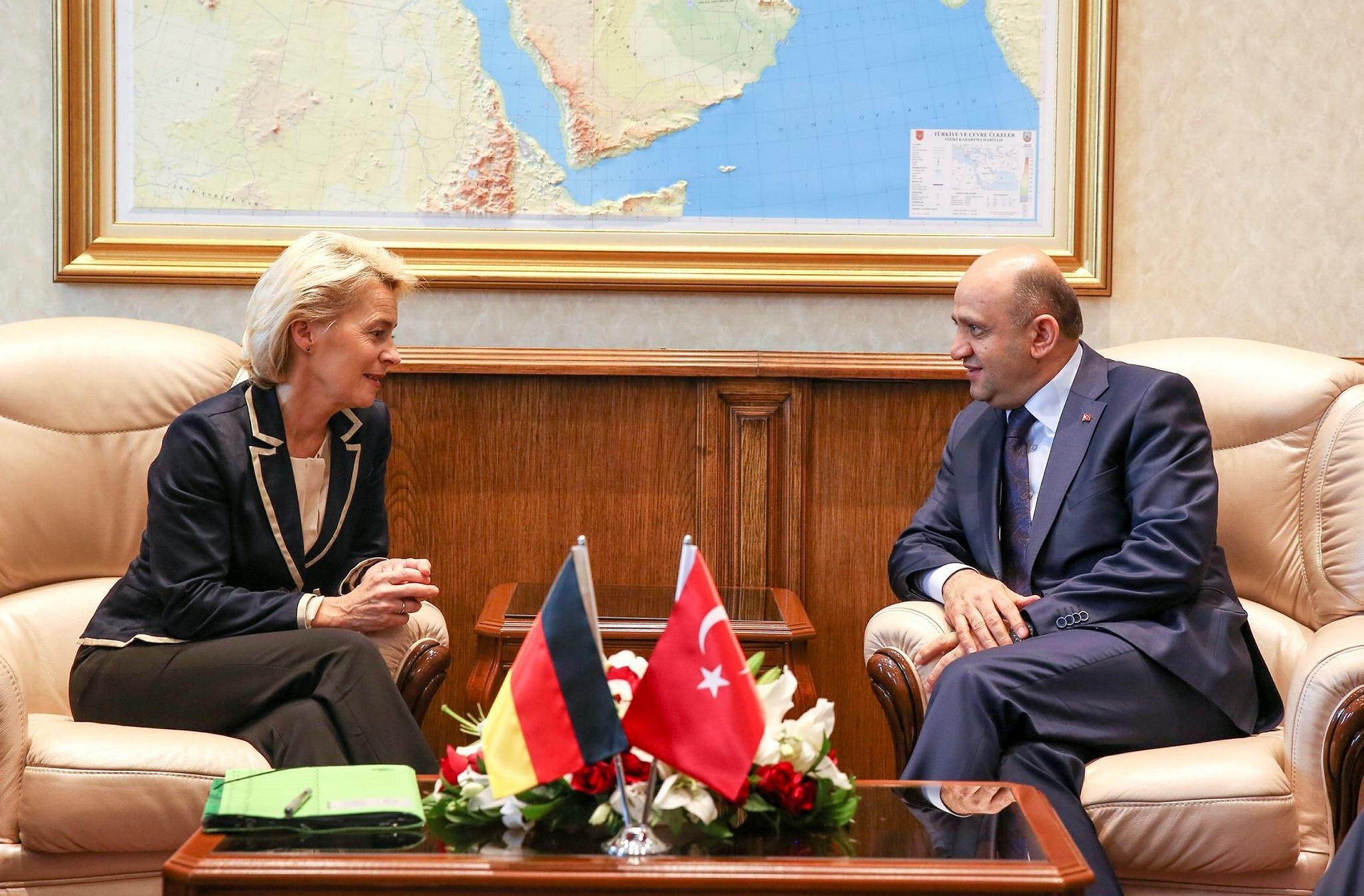 A senior Turkish official called Friday for making no distinctions between terror organizations, as Turkey is facing terror attacks from both Daesh and the PKK.

"We need to be attentive to one point, namely making no distinction between terror organizations," Defense Minister Fikri Işık said at a meeting with his German counterpart Ursula von der Leyen in Ankara.

The two met in Ankara three days after a deadly terror attack at Istanbul's Ataturk Airport which left 44 dead and more than 200 injured, and which Turkey blames on the Daesh terror organization.

Işık said that together "we are carrying out the fight against Daesh" and that these efforts will continue.

The German defense minister arrived in Ankara following a visit to Incirlik Airbase in the southern Turkish province of Adana, on the shores of the Mediterranean Sea and near the Syrian border. Anti-Daesh coalition planes use Incirlik to strike at Daesh targets.

Von der Leyen expressed her condolences for the Istanbul attack, underlining that Germany stands beside Turkey in its fight against terror.

Işık said that the fight against "global terrorism must also be global".

Turkey recently slammed EU countries for tolerating or allowing PKK, PYD, and YPG activities in Europe, something it would never do for Daesh.

The PKK – listed as a terrorist organization by Turkey, the U.S., and EU – resumed its 30-year armed campaign against the Turkish state in July 2015.

Since then, nearly 600 security personnel, including troops, police officers, and village guards, have been martyred, and more than 5,000 PKK terrorists killed in operations across Turkey and northern Iraq.