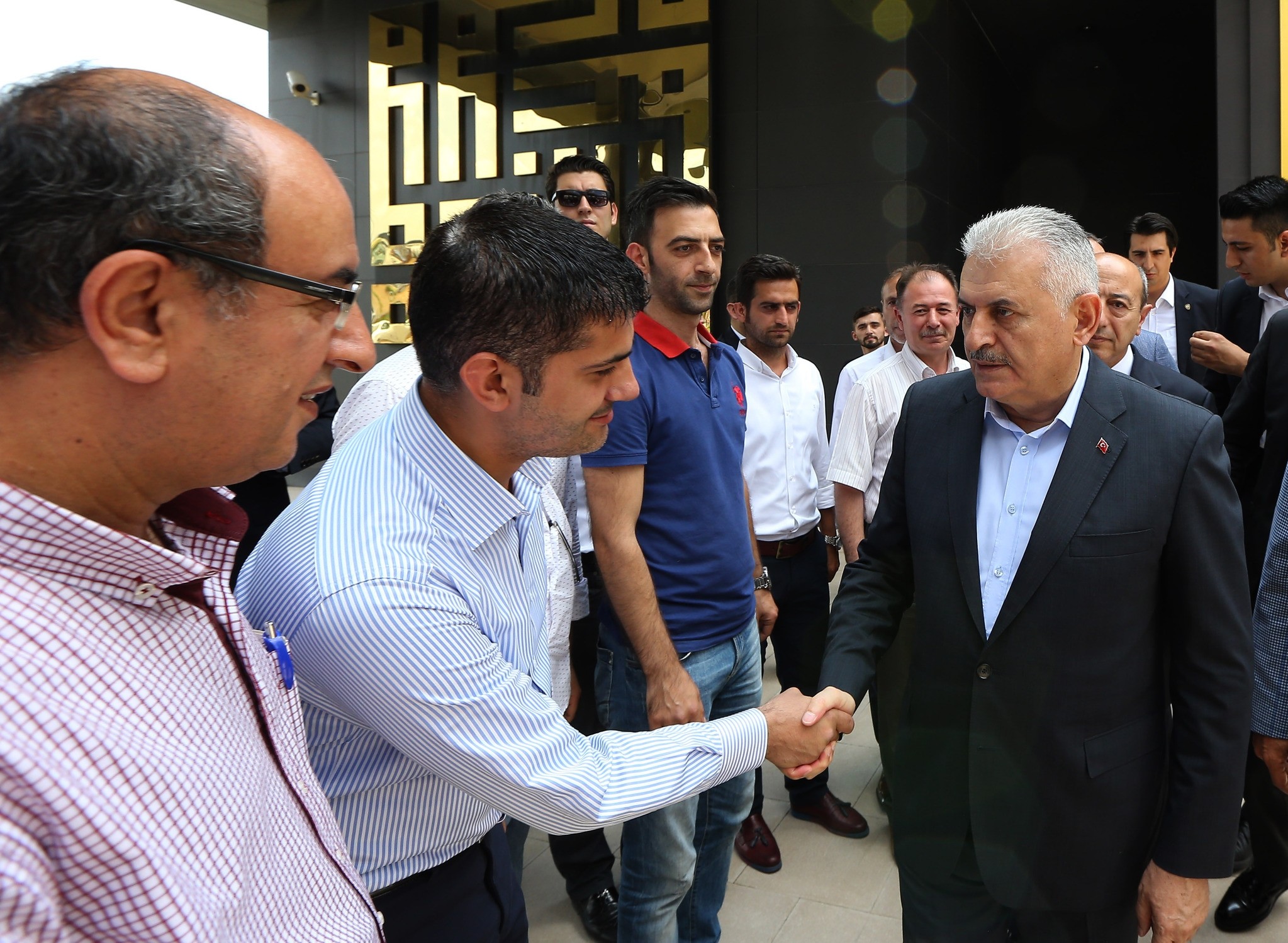 Prime Minister Binali Yıldırım called on Friday for national solidarity against terror amid the recent attack on Istanbul's Atatürk Airport that killed 44 people on June 28.

Speaking to reporters in the Gebze district of Turkey's western Kocaeli province, PM Yıldırım said, "The nation should feel at peace and keep the morale high. These are the days of solidarity, brotherhood, and sharing sorrows. These days, too, will pass. Turkey will continue its journey of civilization with sure steps."

Yıldırım reiterated Turkey's firm stance against all terror groups and said that terror is not just a domestic issue, but rather it is a global problem.

"After the recent terror incidents, the whole world showed solidarity and cooperation from many countries, from the east and the west, from Africa, from the north and the south, and even those countries that do not have relations with us compete to share our sorrow," he said.

"This terror, God willing, without discrimination against any of them, saying my terror is good, your terror is bad, hopefully will be a beginning to a total fight against terror. For many years, we always said terror is not just Turkey's issue; rather it is a problem of humanity. It is good to see that there is now awareness about it, despite being recognized late," the prime minister.

44 people were killed, including 19 foreigners, and 237 injured on Tuesday in a triple suicide bombing and gun attack, which the official said Daesh was the main suspect, at Istanbul's main Atatürk Airport, in the latest deadly strike to stun Turkey's most-populated city.