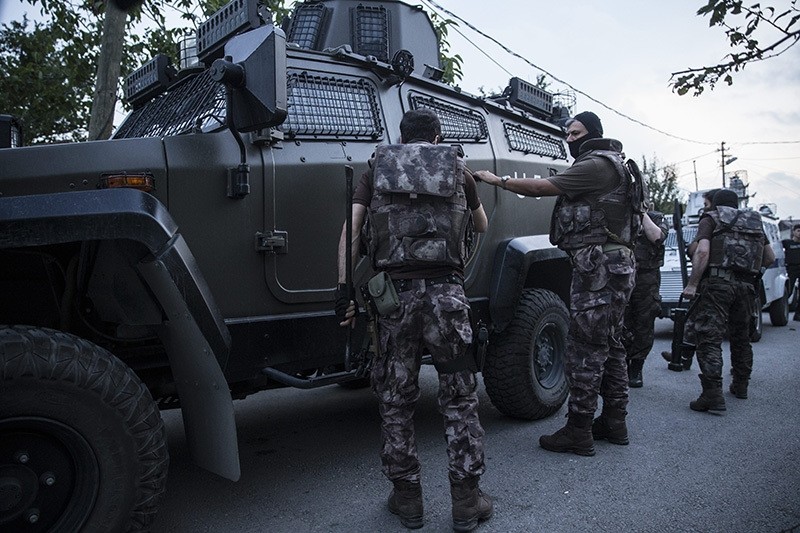 Efforts by Turkey to press Daesh in Syria and Iraq may have triggered a terror attack by group on the Ataturk Airport in Istanbul, various experts in Washington told Anadolu Agency.

On Tuesday night, three terrorists opened fire at the international terminal of the airport before detonating explosives, killing 44 people and injuring more than 200.

The attack took place amid Ankara's efforts to mend ties with Russia following the downing of a Russian fighter jet that violated Turkish airspace in November.

Turkey also said this week that it would normalize relations with Israel after a six-year break following the 2010 deadly attack by Israeli commandos on the Mavi Marmara ship that killed 10 Turkish citizens. The ship was part of an aid flotilla heading to Gaza Strip to end the Israeli blockade of the territory.

Many experts have opined that the Istanbul attack might have links to those diplomatic efforts but American experts point to Turkey's efforts against Daesh in Syria and Iraq.

"The most likely motive is the escalation of Turkish efforts to contain and suppress ISIS," said Steven Heydemann, an international relations professor at Smith College in Massachusetts.

He said as Daesh has already chosen its "path of terror and confrontation" against Turkey, it will not be able to push Ankara to adopt "a more accommodating posture" toward Daesh.

The Turkish military has been shelling Daesh targets in Syria ever since the group conducted a string of suicide bombings in Turkey last year and has launched rockets into southern Turkish cities near the Syrian border.

Turkey has also been training northern Iraqi Kurdish peshmerga forces near Mosul and earlier this year Turkish Special Forces were involved in a clash between peshmerga and Daesh militants.

According to Turkey's military, Turkish artillery has killed hundreds of Daesh militants in Syria while law enforcement has identified more than 6,000 foreign fighters-thousand of which have been deported -- as they attempted to travel from Western countries and use Turkey as a transit hub on their way into Syria.

Aeron Stein, a Middle East expert at the Atlantic Council think-tank characterized the terror attack this week as "one of the most high profile attacks internationally" because it targeted an international airport serving as one of the busiest air traffic hubs between Europe and the rest of the world, particularly Africa and Asia.

Stein dismissed speculations that Daesh attacked Istanbul in retaliation for Ankara's recent efforts to reconcile with the Israeli and Russian governments.

"Turkey has been taking steps to crackdown on ISIS for quite some time now. It shelled ISIS[Daesh] positions on a daily basis and it hosts coalition which is fighting ISIS," he said, noting that the bombing would not have an effect on Turkey's diplomatic endeavors.

Stein warned that Turkey might incur more attacks from Daesh that Turkish security forces will try to prevent but he noted that no security apparatus could stop every single terror attack.

The attackers have been identified as a Russian national from Dagestan in the north Caucasus region, an Uzbek citizen and another from Kyrgyzstan, according to a Turkish prosecution source familiar with the investigation but who spoke on condition of anonymity due to restrictions on talking to the media.

The Turkish SETA Foundation's Washington D.C. office expert, Kilic Bugra Kanat, told Anadolu Agency that the attack would force Turkish authorities to be vigilant in screening foreigners from various Asian countries but it may lead to broader security cooperation between Ankara and Central Asian capitals in order to stop the flow of foreign fighters.

Kanat linked Daesh's attack in Istanbul to the group losing territory to Iraqi forces and Syrian rebel groups in both countries.

"Tactically Daesh is trying to control a territory, unlike other terror groups. When it loses territory it launches an insurgent attack inside that territory. When this effort also fails then they resort to disruptive terror attacks," he said. "As Daesh is pressed in Iraq and Syria and given Turkey's efforts in degrading Daesh, the militant group wants to target Turkey."

Middle East Institute Senior Fellow Robert Ford, who also served as the last U.S. Ambassador to Syria, also disagreed with claims that the attack in Istanbul was somehow tied to Turkey's recent efforts to mend ties with Israel and Russia.

Ford said the attack targeted the Turkish economy and has a lot more to do with Turkey's efforts as part of a coalition led by the U.S. to defeat the militants.

Noting that the attack in Istanbul was conducted in two stages -- first by firearms, then suicide bombings -- Ford said it was a common tactic used previously by al-Qaeda in Iraq but implemented for the first time by Daesh in Turkey.