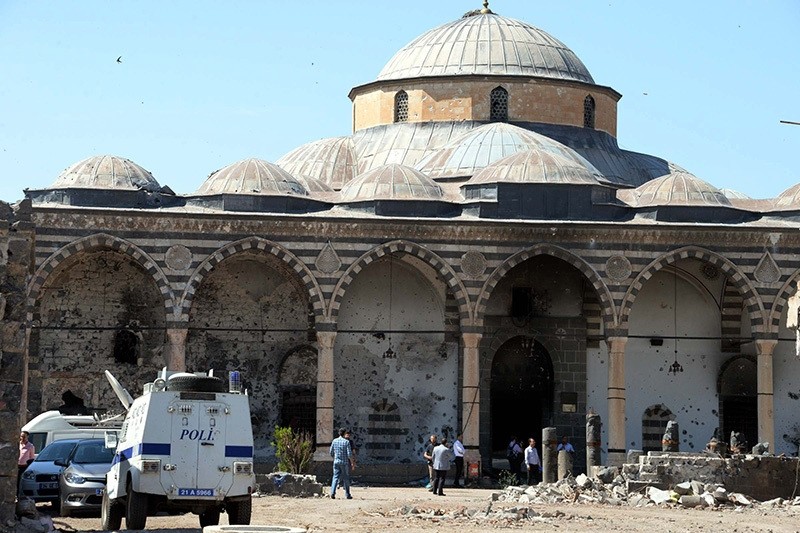 Damage to 53 mosques and Quran courses in the İdil and Cizre districts of the southeastern province of Şırnak was repaired before Ramazan Bayramı, also known as Eid al-Fitr, the holiday marking the end of the fasting month of Ramadan, on Tuesday, thanks to reconstruction work by the Presidency of Religious Affairs (DİB).

With the completion of security operations and reconstruction work in the districts, life is returning to normal just before the Eid-al-Fitr festival, and locals are set to enjoy the event.

A total of TL 1.5 million ($517,212) was allocated for the reconstruction works, while one mosque and one Quran course in İdil and 13 mosques in Cizre were demolished due to the heavy damage inflicted by the PKK terrorist organization.

Nonetheless, 39 mosques in Cizre, and 12 mosques and two Quran courses in İdil, were reopened for religious services.

The PKK also damaged historical sites including mosques and cultural artifacts in the region. Fatih Paşa Mosque in Diyarbakır was attacked by members of the PKK, who also kept firefighters from putting out the fire, which led to the near-total destruction of the historic building.

Not content with the destruction of schools and Quran courses, the PKK has also targeted hospitals and killed doctors.