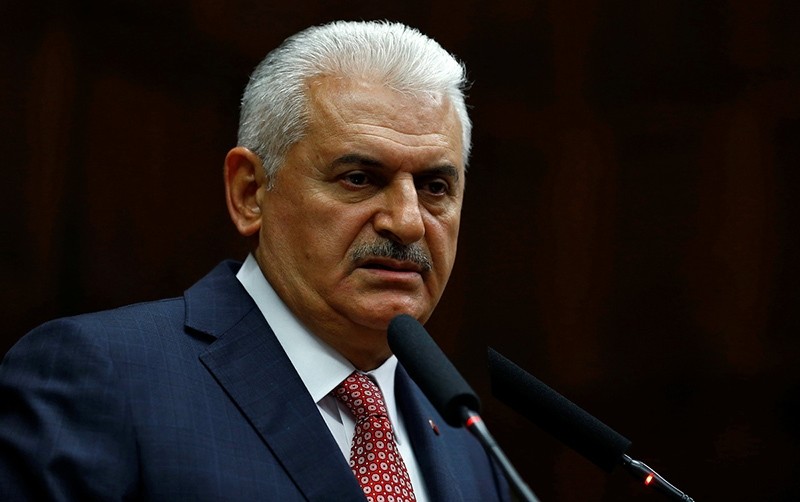 Prime Minister Binali Yıldırım and the Crown Prince, First Deputy Prime Minister and the Minister of Interior of Saudi Arabia Muhammad bin Nayef bin Abdulaziz Al Saud underscored the importance of enhanced cooperation against terrorism between Turkey and Saudi Arabia, a press release by the Prime Ministry said on Sunday.

The two leaders discussed a number of issues, including the recent terrorist attacks in Istanbul and Saudi Arabia, through a telephone conversation held on Saturday evening.

Prime Minister Yıldırım conveyed condolences to the Saudi government and people for the terrorist attacks on Islamic holy sites in Jiddah, Qatif and Madina, and said that Turkey is in full solidarity with Saudi Arabia regarding the matter.

''The Prime Minister has noted that it is important for Turkey and Saudi Arabia to continue common efforts'' the statement said and added that it would be beneficial to all the people of the region for both countries to take cooperation to a more advanced level.

The Crown Prince also expressed condolences for the terrorist attack on Istanbul Atatürk Airport which took place on June 28, and noted that he fully agrees with PM Yıldırım on the matter.

He further noted that there is no choice but to enhance cooperation between Turkey and Saudi Arabia in all spheres.

The two leaders also touched upon economic and trade relations, the statement added.

Three suspected Daesh suicide bombers killed at least 44 people in a gun and bomb attack at Istanbul's main airport on June 28, the deadliest in a string of attacks in Turkey this year.

The Istanbul bombing was followed by major attacks in Bangladesh, Iraq and Saudi Arabia in the past week, all apparently timed for the run-up to Eid al-Fitr, the holiday marking the end of the Ramadan holy fasting month.