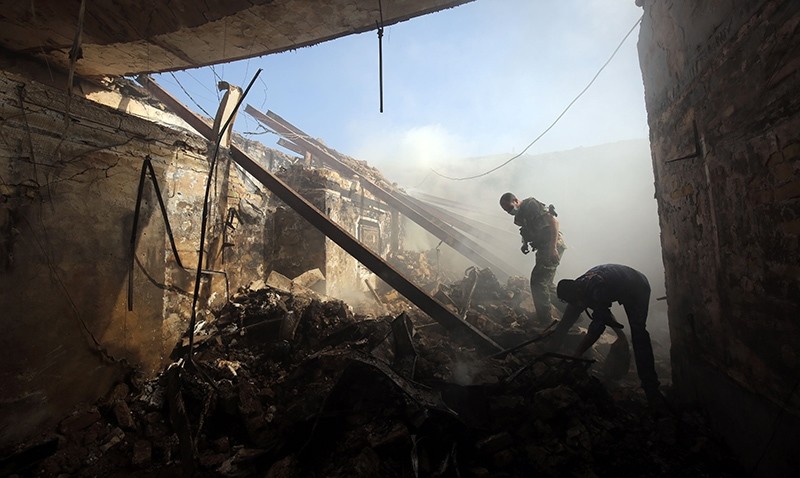 Iraqi policemen inspect the aftermath scene of a mortar and bombing attack on the Sayyid Mohammed shrine in the Balad area (AFP Photo)
by Anadolu Agency
Jul 12, 2016 12:00 am

The Parliamentary Assembly of the Union for the Mediterranean on Monday issued a joint anti-terror declaration following an initiative by Turkey.

At a bureau meeting held in the Italian Senate, representatives from Egypt, Italy, Turkey and the European Parliament held a minute of silence for the victims of a terror attack last month in Istanbul.

The Turkish delegation, led by Parliament Speaker Ismail Kahraman, presented a proposal to the Assembly to issue a joint declaration condemning recent terror attacks around the world.

Forty-five victims were killed and more than 200 injured at Istanbul's Atatürk International Airport when three suicide bombers, all foreign nationals, opened fire and detonated bombs June 28 at the international terminal.

Bangladesh, Iraq and Saudi Arabia have also suffered terror attacks within the past two weeks.