Once tourist attractions now victims of PKK terrorism in southeast 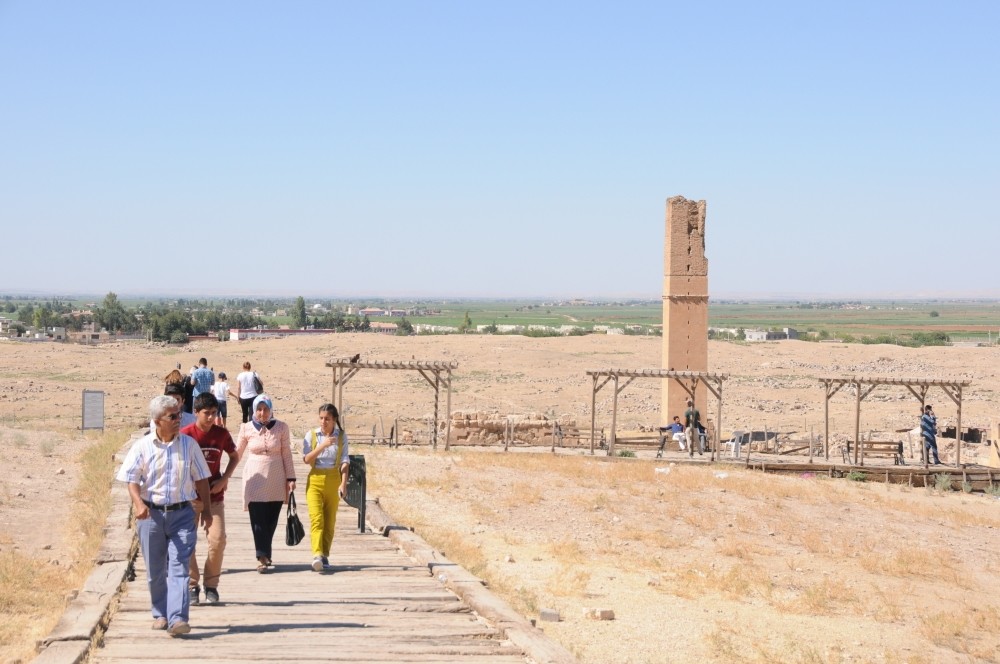 Turkey's southeast which, had seen rising tourism, fell victim to the unilaterally renewed, armed campaign of the PKK terrorist organization that displaced as many as 300,000 people. Locals call Harran the ‘cradle of civilizations' but it is experiencing one of its most problematic periods in terms of tourism

A bloody war unilaterally restarted by the PKK terrorist organization a year ago yesterday has claimed the lives of well over 500 members of the security forces and nearly 8,000 terrorists. Beyond this, the renewed conflict has displaced as many as 300,000 people in the southeast and dealt a heavy blow to tourism in the region.

The Harran district of southeastern Şanlıurfa province is called "the cradle of civilizations" by locals. To the displeasure of many, Harran is going through one of its most difficult periods in recent times in terms of tourism.

"PKK terror has crippled our sector directly, which resulted in a 70 to 80 percent decline in the number of tourists visiting our district," Ali Kızıl, a 62-year-old local running a tourist attraction in Harran, told Daily Sabah.

On July 11, 2015, the PKK ended a cease-fire with the Turkish state declared in 2013 with a written statement. "As of now, all the dams and the machines used in the construction of the dams will be the target of our guerilla forces," the statement said, marking the beginning of a sad and worrying period for locals in the region.

Home to numerous historic sites and landmarks, Harran has always been a hotspot for tourists both from Turkey and abroad. Locals commenting on the sharp decline in the number of tourists visiting the district pointed fingers at the PKK for "turning this upside down in the region for no reason."

Mahmut Kızılay, a 21-year-old university student studying tourism and hotel management at Harran University, complained about the lack of tourists. "There used to be 50 or 60 families at least arriving at our tourist attractions on a daily basis. This number has decreased to one or two," Kızılay said.

"I have been a voluntary cultural ambassador for the Republic of Turkey for a very long time," Kızıl said, explaining that he has hosted tourists from all around the world at his place. In spite of his enthusiasm about the past, Kızıl wished that the government would turn things around by eradicating the PKK terror in the region.

Kızıl runs a place called Harran Houses. He said that his 10 children, all of whom speak at least five languages, escort and guide tourists visiting the site.

Shaped like a beehive, there are multiple houses connected to each other from inside among beautiful scenery. Kızıl's place is home to eight houses with 22 rooms. All 22 rooms have roofs shaped like beehives.

According to the tour guide, each roof is made of around 1,500 to 1,600 bricks made up from a Khorasan soil mixture. The houses are cool in the summer and warm in the winter. The architecture is only readily found in Syria and Bari, Italy.

Counterterrorism operations are still ongoing in southeastern and eastern provinces. President Recep Tayyip Erdoğan and Prime Minister Binali Yıldırım have been firm in their stance, asserting that the fight will carry on until the last PKK terrorist is killed.Despite claiming to be an advocate for the Kurds' basic rights, the PKK has damaged daily lives and affected the main sources of money in the Kurdish homeland, according to images in the clash-stricken districts of the country.
Last Update: Jul 12, 2016 11:49 am
RELATED TOPICS