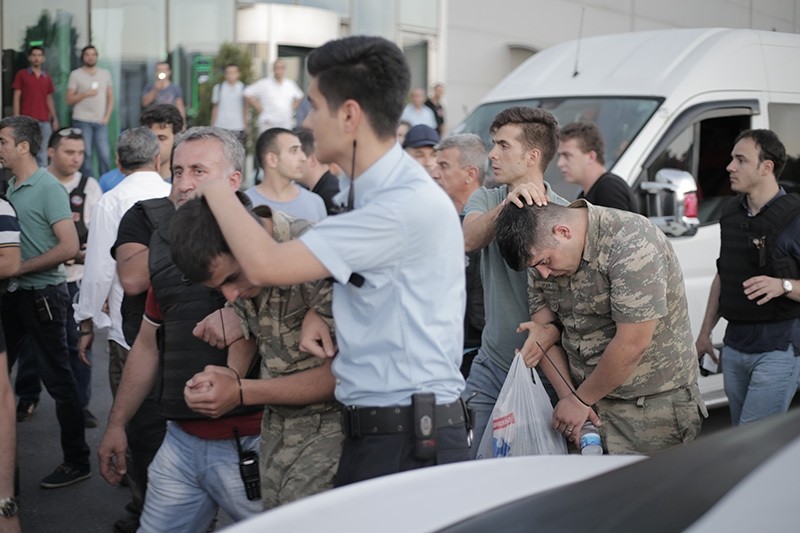 At least 1,563 army personnel were detained across Turkey on Saturday after a coup attempt, according to the Interior Ministry.

Former Air Force Commander Akın Öztürk, one of the masterminds behind the coup attempt was also detained in Ankara, reports said.

President Recep Tayyip Erdoğan had earlier announced that a group within the Turkish military attempted an overthrow of the government.

In the moments after the attempted coup was launched Friday night, Erdoğan urged Turks in a televised message to "go to squares, let us give them the best answer."

Arriving in Istanbul hours later, the president said he would not leave Atatürk Airport until the situation in the country returns to normal.

"Turkish Airlines began its operations. There is a small distress in Ankara," Erdoğan told a large crowd gathered at the airport.

"There is no leaving here until this situation goes back to normal. I will not leave, too," he said.

Erdoğan slammed United States-based preacher Fetullah Gülen, who is accused of leading a terrorist organization and attempting to infiltrate and overthrow the democratically-elected government.

"It is enough the betrayal you have done to this nation," Erdoğan said, without mentioning Gülen's name, and calling on him to return to Turkey to face trial.

At least 90 people were martyred and more than 1,000 others injured during the coup attempt.