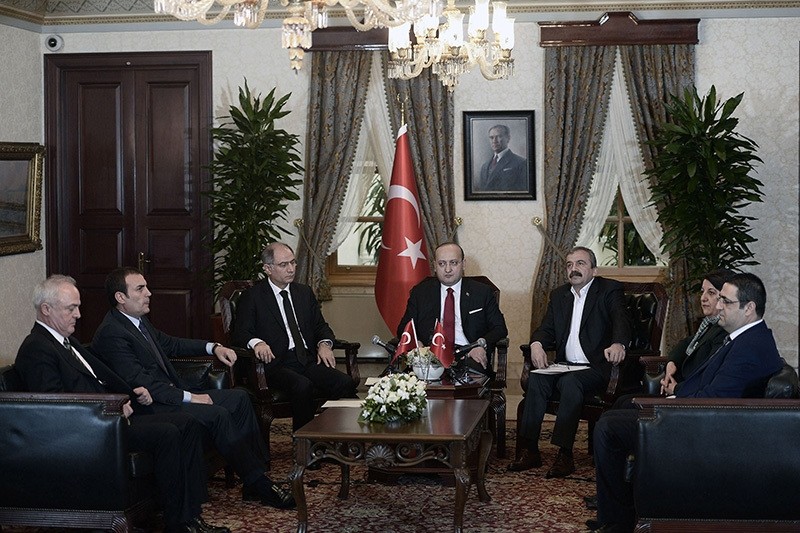 Police have recovered a legal document thought to have been drawn up to launch an investigation into senior government figures if last week's military coup in Turkey had been successful, a prosecution source said Wednesday.

The petition was discovered during a search of the office of Judge Mehmet Sel in Istanbul following his arrest and named President Recep Tayyip Erdoğan among those who would face prosecution over the "reconciliation process" to bring an end to the Kurdish conflict, the source said on condition of anonymity due to restrictions on speaking to the media.

Sel was among 71 judges and 39 prosecutors from Istanbul's Asian side Courthouse who were suspended on Saturday over possible links to Friday's coup attempt and subsequently arrested.

It accused them of supporting terrorist groups between 2009 and 2015 by conducting peace talks with the PKK leadership that allowed the PKK to stockpile weapons and explosives in cities across Turkey.

They were to be the subject of an inquiry into claims they had "committed the crime of helping an armed terror organization by ignoring their preparation of attacks".

The petition was not signed or dated -- other than having the year 2016 on it -- suggesting it had been prepared for the eventuality of the coup succeeding, the source said.

Dozens of members of the criminal justice system have been charged over suspected links to the failed coup, which resulted in at least 240 deaths when elements within the military attacked parliament, the presidential palace and other targets in Ankara and Istanbul.