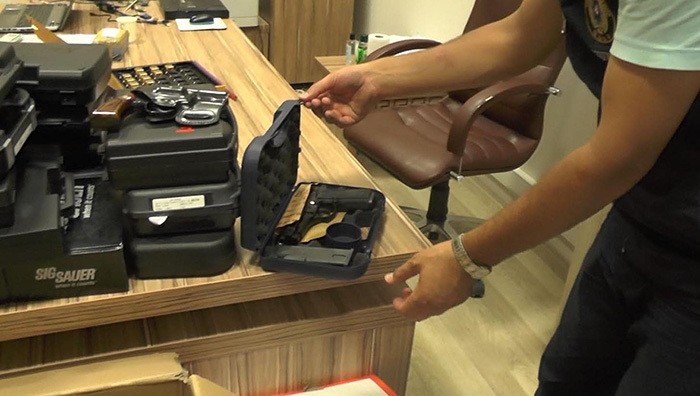 Police on Thursday found 22 guns, a shotgun and 34 bullets during a search at a former Gülenist prosecutor's house and office in Turkey's central Uşak province.

As part of investigations conducted after the failed coup attempt by the Gülenist Terror Organization (FETÖ), police had arrested 12 members of the judiciary in Uşak, including Uşak Public Prosecutor İlker Çetin, Doğan News Agency reported.

Çetin was also first in line of reserve members of Turkey's Supreme Board of Judges and Prosecutors (HSYK). He had also served as Diyarbakır Public Prosecutor previously.

Police said that the guns were seized and that all of them were registered.
Last Update: Jul 21, 2016 4:09 pm
RELATED TOPICS