Threats to Turkey after July 15 Gülenist coup attempt not over, Erdoğan spokesman says 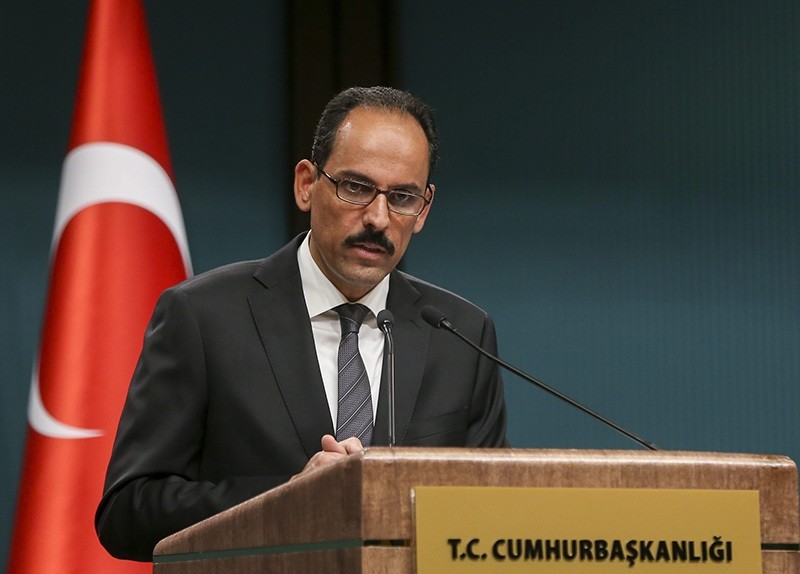 The threat after the July 15 coup attempt is not over, Turkey's presidential spokesman said on Saturday.

Speaking in a live broadcast on Turkey's NTV television channel, İbrahim Kalın said "brutal murderers" were capable of doing anything, like carrying out suicide attacks and fermenting demonstrations to cause chaos.

Asked if the state of emergency could be extended at the end of three months, Kalın said it might be.

"The French government also declared a state of emergency for three months after the deadly attacks in Paris," Kalın added.

Criticizing some foreign comments about the coup attempt, Kalın said the Turkish government, opposition parties and Turkish people had confronted the plot.

Kalın said some groups in Turkey and abroad, who had been nurturing enmity towards President Recep Tayyip Erdoğan under the name of politics and journalism, made claims that the failed coup by the FETÖ terrorist organization was staged.

"You cannot dare to say these conspiracies about America, France and Belgium; however, if it comes to Turkey you accept these nonsensical conspiracies as journalism and political analyses. It is disrespectful to the democratic reflex of the people."

Kalın also stated that a number of countries expressed their support for Turkey and wanted to send representatives in a show of support.