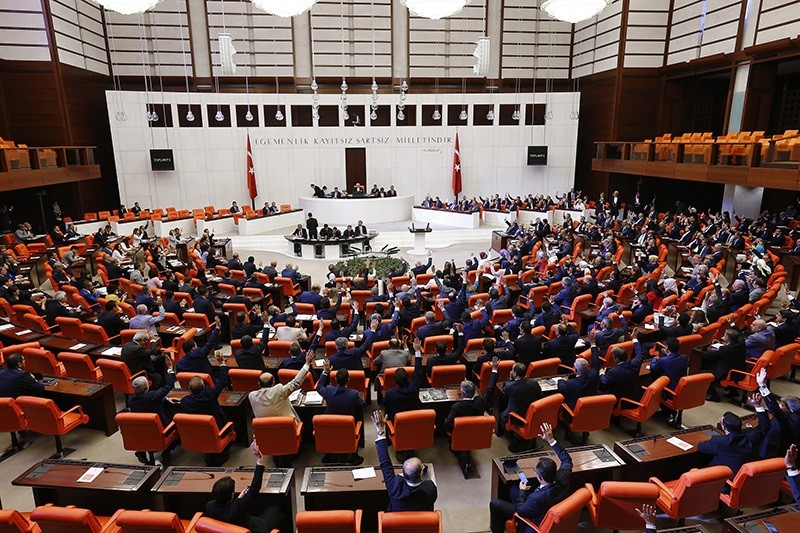 The resolution was a joint motion from the ruling Justice and Development Party (AK Party), Republican People's Party (CHP), National Movement Party (MHP) and Peoples' Democratic Party (HDP), as all four parties had proposed separate motions for establishing the commission.

The commission will investigate the coup attempt for three months, in the name of Parliament, the public, and the Republic of Turkey. Research will begin after the election of 15 members to form the commission, who will be chosen in proportion to party representation in the Parliament. The members of the commission will be able to leave Ankara when necessary.

Commission members will have the right to conduct examinations at ministries, other governmental bodies, local administrations, universities, government business enterprises, banks and institutions founded by the authority granted by special law, professional organizations with public institution status and public interest groups. The commission will also have the authorization to call in the heads of these institutions for interrogations.

Concerning the approval of the commission, Justice Minister Bekir Bozdağ, who spoke on behalf of the government, said, "If we do not take any measures, it would lead to a countdown to a new coup attempt." AK Party Group Deputy Chairman İlknur İnceöz, who signed the motion, said the commission's studies will have historical significance. CHP Deputy Ömer Süha Aldan recommended the commission include an equal number of representatives from each party in Parliament so it is not biased.

MHP Deputy Mehmet Erdoğan drew attention to the importance of maintaining the current atmosphere of compromise, further adding that possible outer connections in the coup should be examined as well. HDP Deputy Celal Doğan pointed out that this coup attempt was different from any other in Turkey's history, and added that the commission should focus on the purpose of the coup.

Nimet Baş also headed the Parliamentary Commission to Investigate Coups and Military Memorandums in 2012, mainly focusing on the Sept. 12, 1980 and Feb. 28, 1997 coups. The commission worked for three months and then published its report.