After supporting coups in Turkey, Gülen lies about his past in NYT op-ed 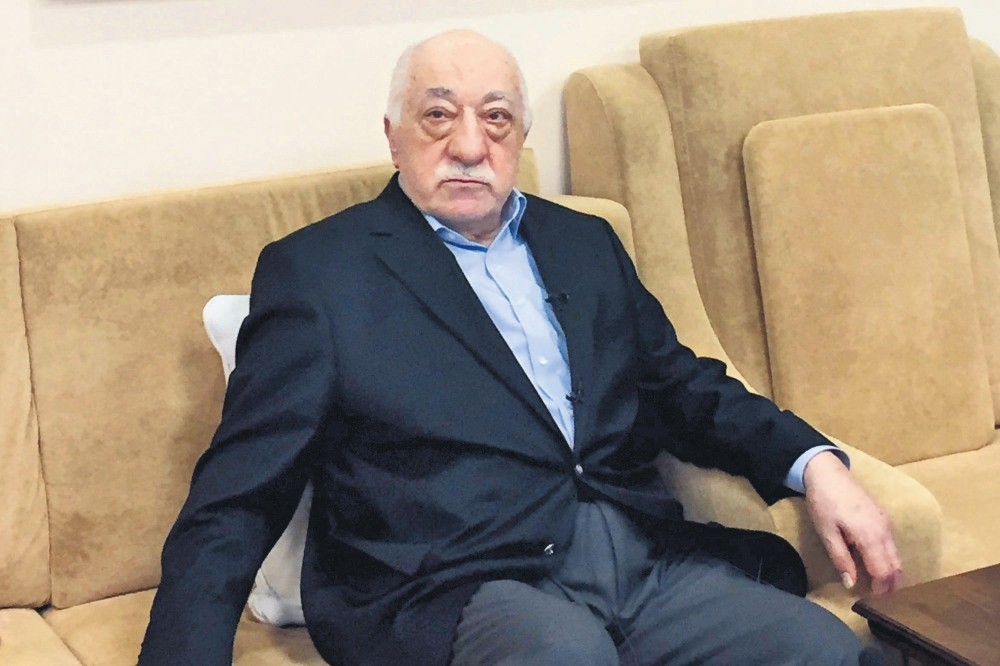 After his failed coup attempt, the Gülenist Terror Organization leader, Fethullah Gülen, has denied his role in it and described himself as a victim of Turkey's past coups. However, Gülen has openly extended his support to military juntas after previous coups

Despite claiming in an op-ed in The New York Times on Monday that he has been a victim of the coups in Turkey, Fethullah Gülen, who is the mastermind of a recent bloody but failed coup attempt on July 15, contradicts his personal memoirs in which his direct or indirect support for coups is revealed.

Asking the U.S. not to extradite him to Turkey to face charges, Gülen, the leader of the Gülenist Terror Organization (FETÖ) said:"Throughout my life, I have publicly and privately denounced military interventions in domestic politics. … Having suffered through four military coups in four decades in Turkey – and having been subjected by those military regimes to harassment and wrongful imprisonment– I would never want my fellow citizens to endure such an ordeal again."

However, documents and memoirs show that he has always sided with all military interventions in Turkey, including one rebuffed attempt in the 1960s.

May 27, 1960 military coup and his following rising star

When Turkey's first military coup took place on May 27, 1960, all Islamic communities suffered crackdowns, and all affiliated Islamic figures were kept under close watch. At the time, Gülen was a young imam in the western province of Edirne.

On his personal website, Gülen says he was detained over a tip that he had links with Said Nursi's Nur Movement, and was brought in front of a prosecutor after quarreling with police officers, which ended after a call from a police chief who was a friend of his.

One of his colleagues, Hüseyin Top, tells of the background to his detention in the coup and says he was immediately released thanks to his network despite his young age. After Gülen was brought to a prosecutor office, he said: "The prosecutor leaned back and shouted at the police officers. He said: 'Why did you bring this hodja here? I know him from the mosque, is this the best you can do, finding an imam? Get out of my sight now'!"

Gülen was later released and the path to being a political figure was paved with this development, contrary to the experiences other Islamic figures suffered.

After 1960 Gülen started his military service in the Mamak district of Ankara and was directly involved in a coup attempt led by Col. Talat Aydemir in 1962.

He is quoted in "Ölümsüzlük İksiri" (Fountain of Youth) written by FETÖ-linked journalist Faruk Mercan, about this involvement.

"I was on duty as a soldier of Talat Aydemir in a period following the coup," he said, and called the putschists "kids."

"Preparations started one month before of the coup. They gave us real bullets. We kept watching in the snow through wire-mesh fence. … We were so excited. The radio house was sometimes controlled by them and sometimes by us. The first military coup was announced, then 'the rebels were taken under control.' Later on, our side surrendered," he said.

After his involvement in the failed coup attempt, Gülen became one of the leaders of the Anti-Communist Association. He was arrested for "reactionary activities" in the 1971 military coup, but was again released after six months.

He started to make state propaganda through religious means in the western Balıkesir province. Despite the oppressive military atmosphere that hindered any political activity, Gülen benefited from protection and tried to win the favor of state authorities.

In the wake of the bloody 1980 coup led by Chief of General Staff Gen. Kenan Evren, who toppled the coalition government of center-right leader Süleyman Demirel, Gülen wrote an editorial for the organization's Sızıntı (Leak) magazine in which he praised the brutal overthrow of the government.

After the coup, a state of emergency was declared, thousands were unlawfully detained and some tortured to death, the Constitution was suspended, political parties were closed and their leaders were questioned, prosecuted and imprisoned.

In the editorial titled "The Last Outpost," Gülen praised the coup. "This is a victory by which the enemy is captured, the body [the government] is cleansed of viruses and has returned to its roots," he said in the article, implying that the military intervention somehow helped Turkey protect its democracy."A deeper move was needed to eliminate the cancer the body was suffering," he added.

"And now, in delight and hope, we consider this last awakening a signal of the existence of the last outpost. It is our wish that the Mehmetçik [a nickname for Turkish soldiers] who have come as a godsend, work their way through this transformation and succeed," he wrote.

In a 2005 interview with the Milliyet daily, Gülen said Evren could "go to heaven" for making religious education compulsory in primary and high schools.

Another military intervention into politics that Turkey suffered was the "postmodern coup" of Feb. 28, 1997, when Gülen once again took center stage during the hard days the nation was going through.

"You have failed, now quit," and, "The military is more democratic [than politicians and civilians]." These were the remarks Gülen made that made headlines in major newspapers at the time.

Gülen openly commended the intervention that led to the most sever oppression conservative society in Turkey has ever faced. Regarding the headscarf ban, he said the obligation for women to wear a headscarf is among the "non-essentials" of the religion, distorting religious law for his own sake. He also sent letters and a salute to Çevik Bir, the 1st Army commander and a symbolic figure of the coup who described it as "a balance adjustment" to democracy.