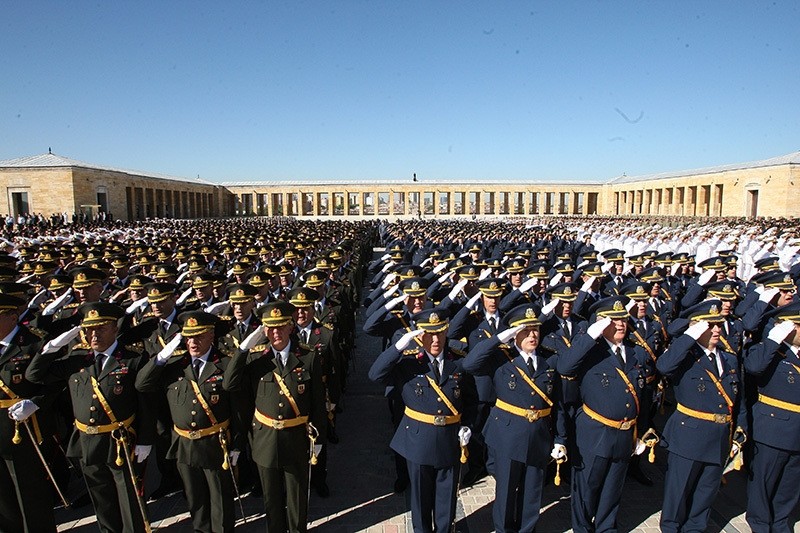 The Turkish military said on Wednesday that 8,651 soldiers took part in a failed coup attempt led by Gülenist Terror Organization (FETÖ)-linked officers to overthrow President Recep Tayyip Erdoğan and the government on July 15, accounting for about 1.5 percent of active personnel in the army.

According to a notification sent by the Press and Public Relations Department of the Turkish General Staff, of those 8,651 soldiers, 1,676 were conscripts carrying out their obligatory military duty, while 1,214 were cadets.

Despite the military saying that only 1.5 percent of the personnel were involved in the failed coup attempt, over 120 high ranking generals were detained, which accounts for one third of all generals in the service.

The military said the soldiers belonged to the terrorist network led by Fethullah Gülen, the Pennsylvania-based imam who lives in a self-imposed exile and has led a shadowy quasi-religious movement from the U.S. since 1999.

The statement said 35 planes, including 24 fighter jets, were used by coup-plotting soldiers during their attempt, which account for 7 percent of the total inventory.

It added that 8 percent of the military's helicopter inventory — 37 helicopters, including eight attack helicopters — and some 2.7 percent of armored inventory, including 172 armored vehicles and 74 tanks, were used in the coup attempt. In addition, the putschists used three Turkish naval vessels.