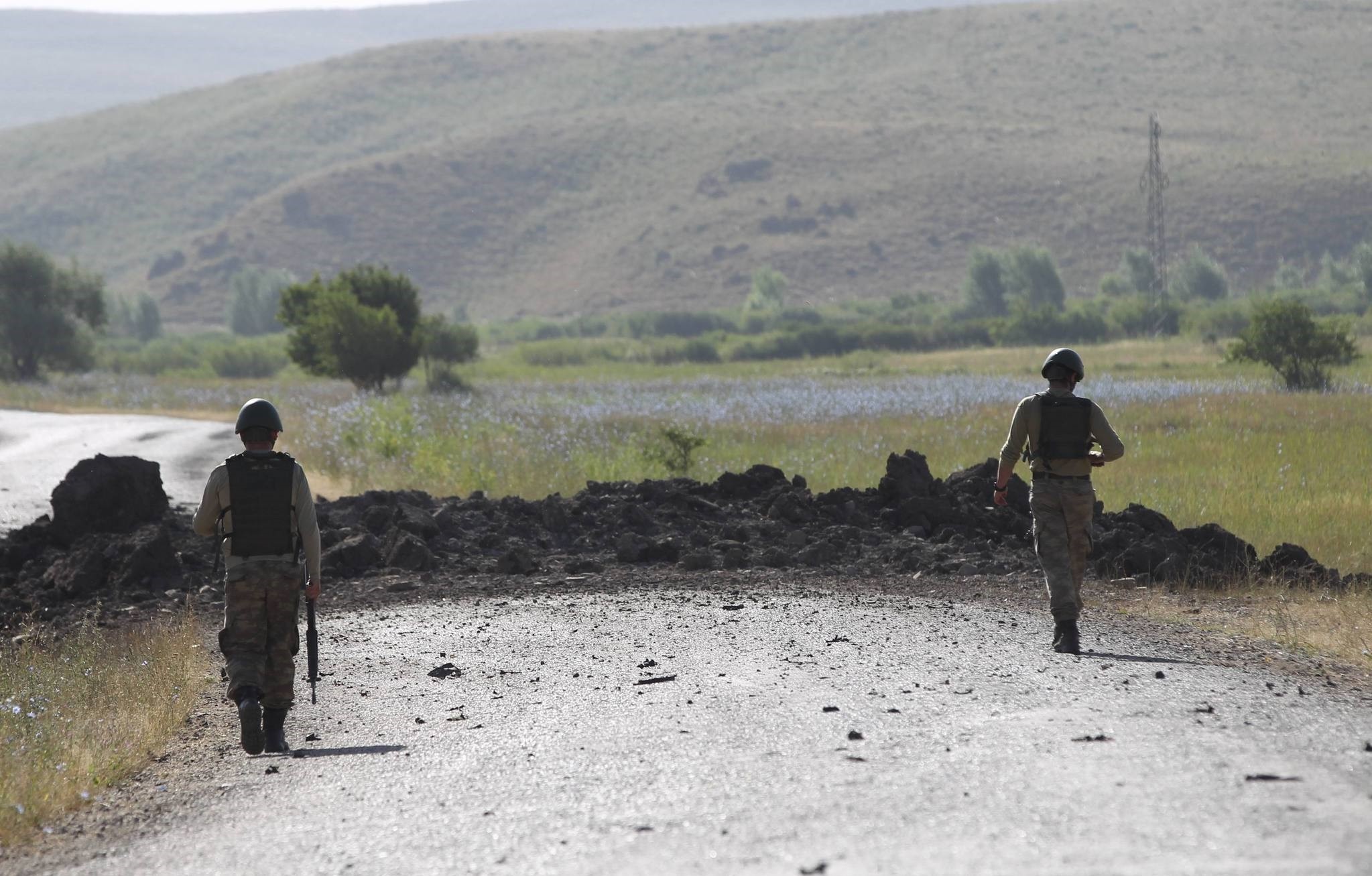 Five soldiers were killed and eight others were injured Friday after PKK terrorists opened fire on Turkish soldiers in the southeastern Hakkari province of Turkey.

On Saturday, three of the injured soldiers succumb to the wounds, increasing the number of killed soldiers to eight.

A group of PKK terrorists attacked the soldiers with long-barrelled weapons while the troops were conducting identity checks on the Çukurca-Hakkari Highway.

The injured soldiers were taken to nearby hospitals and a number of armored vehicles were deployed to the scene where the clashes between security forces and terrorists are still continuing.