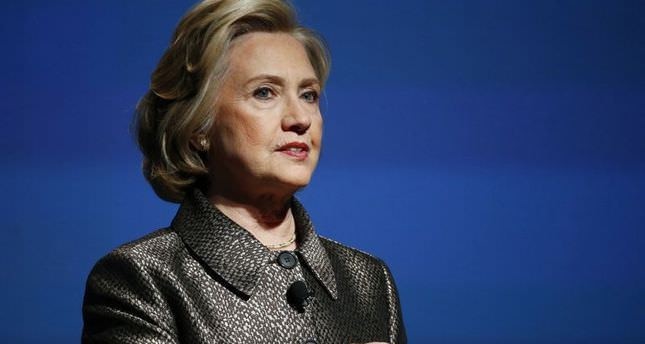 by Daily Sabah Jul 29, 2016 12:00 am
In the past several days, various American media outlets published investigative reports showing that members of the Gülenist Terror Organization (FETÖ) donated hundreds of thousands of dollars to Hillary Clinton's presidential campaign and to her family's charity.

An investigation by the Daily Caller, a staunchly conservative news website, claims that the Clintons have received millions from FETÖ members and that the funds have been spread among Clinton's presidential and senate campaigns, the Clinton Foundation and Global Initiative, speaking engagements and "Hillary Clinton's top lobbyist bundlers" like the Podesta Group.

The news website claimed the largest donation came from Recep Özkan, the former president of the Gülen Movement-linked Turkish Cultural Center. "Özkan gave between $500,001 and $1,000,000 to the Clinton Foundation in recent months, the charity's website shows. He also served as a national finance co-chair last year for a pro-Clinton political action committee called Ready PAC. According to Portland State University political science professor Birol Yeşilada, who has studied the Gülen Movement for more than 25 years, Özkan is the New York liaison for the 74-year-old Gülen," it claimed.

The Daily Caller has previously reported that FETÖ was in close contact with Clinton, according to the latter's personal email records. The news website referred to emails disclosed by Judicial Watch, a conservative foundation that was behind a lawsuit over Clinton's use of a personal email account for official correspondence while serving as secretary of state. A 2009 message by Gülenist Gökhan Özkök, asked Clinton's then deputy chief of staff Huma Abedin to arrange a meeting between U.S. President Barack Obama and Ekmeleddin İhsanoğlu, a former secretary-general of the Organization of the Islamic Conference, during a visit by Obama to Turkey. The Daily Caller claims Özkök was among donors to Clinton's past campaigns as well as board member of a Gülen-linked foundation and businesses, and a meeting between İhsanoğlu and Obama did take place.

Another link between the two, according to the Daily Caller, is a Gülen-affiliated group that hired a lobbying firm that worked for Clinton. It says the Alliance For Shared Values hired the Clinton-connected Podesta Group to lobby Congress on its behalf.

The lawmakers having received the donations from Gülenists have started to return the amounts upon the investigation, USA Today previously reported. The daily has identified dozens of large campaign donations attributed to people of middle income, or from people who did not know to whom they had given. The paper claimed in the piece that all the donors had ties to the FETÖ.

After the paper's queries, Senator Kelly Ayotte refunded 43,100 dollars which she received on April 30, 2014 from FETÖ members. "Out of an abundance of caution, the campaign has refunded the contributions in question," the Ayotte campaign manager Jon Kohan was quoted as saying in the piece. The daily also stated in the piece that the senator called on other people who received donations from Gülenists to return the amounts they received. Ayotte also claimed that President Obama and Hillary Clinton were among the lawmakers who received donations from Gülenists.

To further the claim that donors have little knowledge about whom they provide the donations, the paper adds that one of the Gülenist donors who is a 30-year old Nassau County employee in New York's Long Island, Iman Cesari, does not even know the gender of the senator. "He's a good guy. He's doing good so far. ... I know him," Cesari was quoted in the article.

Another Gülenist who has donated 2,400 dollars to Ayotte -two times the amount Cesari did-, Hayati Çamlıca is also mentioned in the piece, who reportedly said that that he liked "what he said at that time and wanted to make a donation," again failing to know the Senator's gender.
RELATED TOPICS