Turkey demands Gülen's extradition from US, doubts value of ally that sides with terror 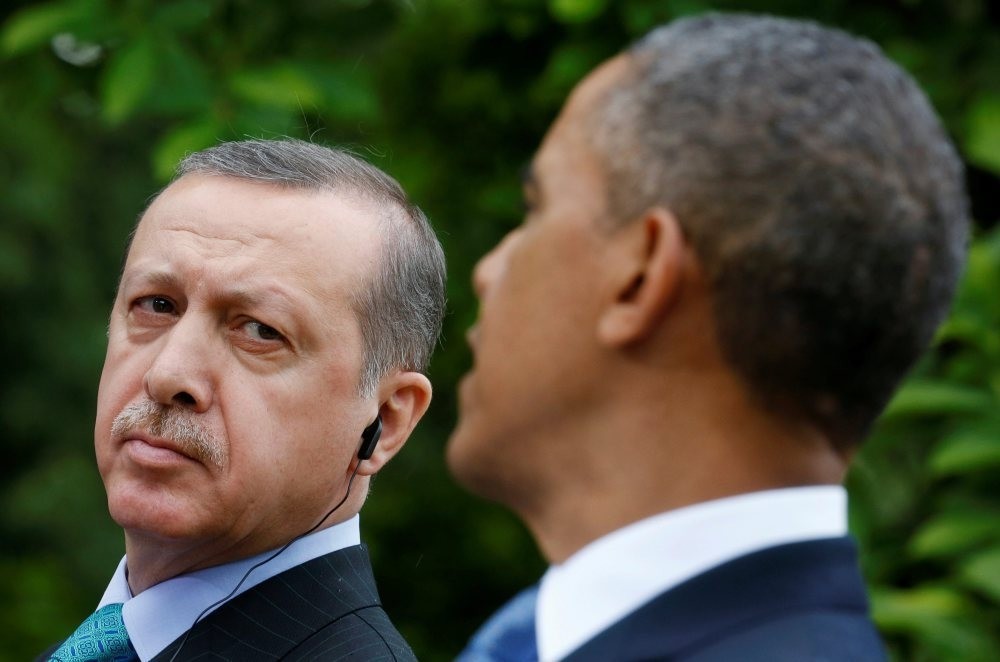 Ankara filed a second application for the extradition of Fethullah Gülen, the leader of the July 15 coup attempt, from the U.S. as top Turkish officials from President Erdoğan on down question the value of an ally that ignores terrorist threats to Turkey

Ankara has sent a second request to the U.S. for the detention and extradition of Fethullah Gülen, the Pennsylvania-based, fugitive, retired imam accused of masterminding the thwarted July 15 coup attempt, Justice Minister Bekir Bozdağ announced Tuesday. As Ankara pushes for Gülen's detention, President Recep Tayyip Erdoğan yesterday questioned the alliance with the U.S.

"What kind of partners are we if you request documents when we ask for a terrorist?" Erdoğan asked the U.S. administration, which has been asking for evidence to extradite Gülen. Suggesting that the failed Gülenist putsch had international links, Erdoğan said: "The coup attempt had domestic actors, but its scenario was written abroad, but they left this nation out of their equation." Bozdağ told reporters in Ankara on Tuesday that Turkey made the request after a demand for Gülen's extradition was made on July 19. Bozdağ said: "We wrote and sent it, saying: 'There are serious claims and statements that Gülen has a finger in the coup attempt. That is why he needs to be immediately arrested. We have intelligence that he could flee to a third country.' " Erdoğan added that Turkey's Western allies lacked support after the coup attempt and sided with the plotters. "Unfortunately, the West supports terror and sides with coup plotters," he said.

​Criticizing the U.S. administration for harboring the FETÖ ringleader Fethullah Gülen, Erdoğan said, "The main [financial] sources of Gülenists are charter schools operating within the U.S." In addition to the criticism of the U.S., President Erdoğan railed at police and gendarmerie intelligence for failing to inform him and the prime minister about the coup attempt. "Not only the National Intelligence Organization [MİT], but police and gendarmerie intelligence did not warn any authorities either and turned against us as enemies," he said.

Bozdağ said Gülen cannot leave the U.S. without government permission or approval. He added that if the U.S. allows Gülen flee to another country, relations between Turkey and the U.S. would be "negatively" affected.

Bozdağ said he hoped that the U.S would meet the requirements of a democratic state governed by the rule of law, and extradite Gülen to Turkey. "I think that the U.S. can no longer keep such a guilty person there under any circumstances."

Turkey's government has repeatedly said the deadly July 15 coup attempt was organized by followers of Gülen and members of the Gülenist Terror Organization (FETÖ).

Gülen is accused of being behind a long-running campaign to overthrow the state through the infiltration of Turkish institutions, particularly the military, police and judiciary, forming what is commonly described as a "parallel state."

Turkey wants the U.S. to detain him temporarily, out of concerns that he may flee the country. In late July, Turkey requested that the U.S. detain Gülen temporarily, shortly after Prime Minister Binali Yıldırım announced that Turkey had submitted four dossiers asking for his extradition.

Although Turkey's demand that the U.S. extradite Gülen has not yet been fulfilled, Turkish media has speculated that Gülen may be preparing to flee and take refuge, possibly in Canada, after the U.S. said they would be willing to consider extradition to Turkey.

Despite calls from Ankara for Washington to detain Gülen and extradite him to Turkey, U.S. officials have asked for concrete evidence linking him to the coup attempt.

Yıldırım has expressed disappointment at the Obama administration's support, or lack, likening the impact of the coup attempt to the Sept. 11, 2001 attacks that shook the U.S.

Yıldırım told the Wall Street Journal, "The evidence is crystal clear. We know the terrorist cult responsible for the vicious attacks against us and the Turkish people. We simply cannot understand why the U.S. cannot just hand over this individual."

Yıldırım pointed out that many coup plotters had confessed to their crimes during interrogation. WhatsApp conversations confirming the coup plan and videos showing former high-ranking police officers inside coup tanks that attacked civilians, indicate the responsibility of FETÖ in the coup attempt.