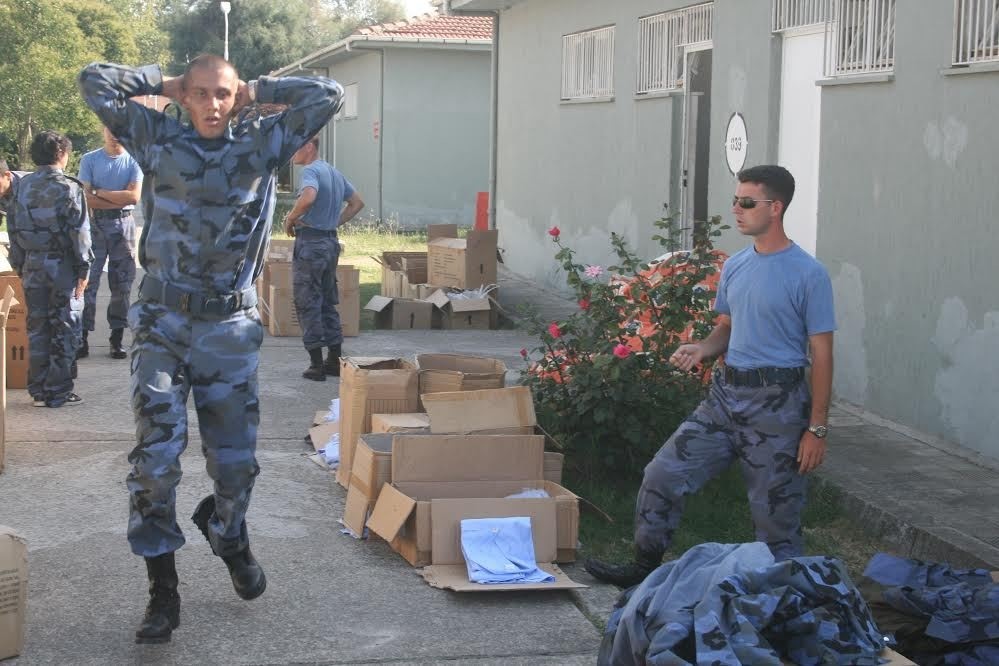 The FETÖ's cheating on military school exams and infiltration of those schools after dismissing hundreds of cadets who were bullied and tortured by the organization, leaves the government no choice but to close the schools

Three decades ago, a group of cadets were dismissed from the Kuleli Military High School over the 1985-1986 academic year after activities linked with the Gülenist Terror Organization (FETÖ) were unearthed. A student named Şahabettin A., from the central Afyonkarahisar province, confessed to his activities with FETÖ and military officers decided to keep him in the school.

Despite this decision, his schoolmates realized that he was still unhappy with being a student of a well-known military school. When asked, he said that he did not deserve to stay in the school because he had cheated on the military school entrance exams.

"We were specially prepared for the school entrance exam by the cemaat [FETÖ]. During this process, all the material that we had studied came in front of me during the exam. I figured out that 70 to 80 percent of the questions I had seen during exam preparations were taken directly from the exam. Therefore, I regard myself as a person who overrode the academic system and my conscience feels guilty and unsettled."

The anecdote above is narrated in the book titled, "İn" (Cave) by Sabri Uzun, the former head of the National Police Intelligence Department who compiled information in a series of works that disclose the activities of FETÖ, which vary from wiretapping hundreds of figures by fabricating crimes to spying.

On July 15, a junta within the Turkish army linked to FETÖ, led by the U.S.-based, retired imam Fethullah Gülen, attempted a coup in Turkey to overthrow the democratically elected government and assassinate President Recep Tayyip Erdoğan. However, they were unable to defeat the millions of people who poured into the streets in support of the democratically elected president and Turkish government. The incident raised serious questions as to how FETÖ was able to infiltrate the military to such an extent that they could carry out the bloodthirsty coup attempt that left more than 230 people dead and 2,200 others injured.

Speaking to CNN Türk on Monday, Turkish Defense Minister Fikri Işık stated that these schools were closed due to FETÖ's massive infiltration efforts which have persisted since the 1980s and that it is impossible to tackle the problem without this decision.

"Ninety-five percent of the students who are being educated in military high schools are affiliated with this organization," he said. 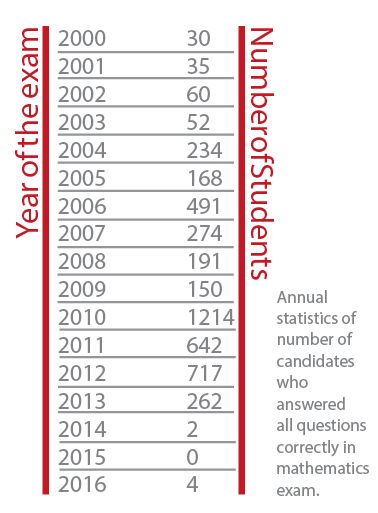 According to a recent report by the Turkish Defense Ministry, FETÖ infiltration into military high schools intensified between 2004 and 2013, as the statistics of Military High Schools Entrance Exam (ALS) revealed.

A staggering number of candidates completed the mathematics section with perfect scores grew into the double digits by 2013 despite the increasing difficulty of the exam's content. In 2014, when the Turkish government began to crack down on the FETÖ structure, these figures fell dramatically down to one-digit numbers, even zero.

Stressing that there has been no record of cheating on the exams in the last three years, the report says "Many candidates from specific private schools entered the ALS exam in an organized way and became successful." When the number of primary school achievements of those 8,088 students who could enter the military high schools between 2000 and 2016 were compared to their performance on the ALS exams, the report also uncovered that 7,700 of them showed poor academic performance.

After FETÖ members enter the military schools, the terrorist organization continues to protect them and paves the way for those cadets by staging mobs and bullying other students.

"When we returned from the camp in the summer of 2009, we observed that Yunus Kotaman, a staff lieutenant colonel who came to the school in 2008, was charged with taking care of preparation class students. Ninety percent of those students were from FETÖ and had cheated on the ALS exam at that time," an ex-cadet who wanted to remain anonymous due to ongoing judicial process about FETÖ and who graduated from Kuleli in 2010, has said.

"He was appointed to that duty in order to protect and keep an eye on those FETÖ members," he said.

Kotaman was among those who were arrested and dismissed for taking part in the coup and having links with the FETÖ.

Those who believed that this process would end with graduation were mistaken due to intensified maltreatment led by other FETÖ members in the War Academy, and they had to leave the school while shouldering the heavy burden of compensation.

"By expelling us from the school, they have placed traitors who bombed their people inside," Tuğrul Yıldırım, head of the Platform of Discharged and Dismissed Students from the Turkish Armed Forces (TSK) said.

After graduating from Işıklar Military High School in Bursa in 2008 and attending the Air Force Academy, he said he was exposed to systematic tortures by FETÖ commanders in the school.

"Taner Berber and other FETÖ commanders put me in a sack and beat me. They hogtied me. They hung us on the wall with handcuffs and made us grovel in our vomit. We were exposed to torture night after night. Furthermore, Major Nasuh Çakın who is detained now, together with a captain and five lieutenants, put a sack on my head and beat me."

It was revealed that Berber is among the team who were sent to assassinate President Recep Tayyip Erdoğan at his holiday residence in the Marmaris district of Antalya.

Even though some time has passed, some of the victimized students still have not gotten over their trauma and need psychological help. Despite still being optimistic about moving on from their victimization, some still carry heavy financial and mental burdens and may never be able to enjoy the life as they should.