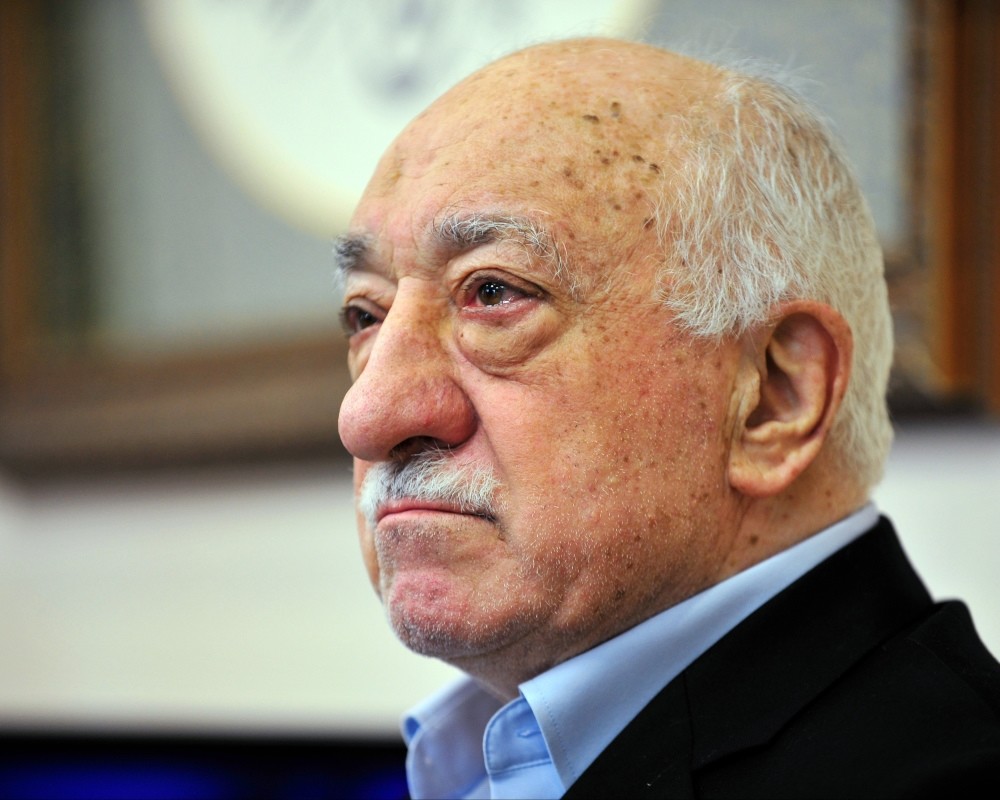 Gülen, the mastermind of the July 15 coup attempt and leader of the FETÖ, appeared on Egyptian TV and called on Western countries to intervene in Turkey and topple President Erdoğan and AK Party government

U.S.-based imam Fethullah Gülen, the leader of the Gülenist Terror Organization (FETÖ), has called on the West to intervene in Turkey, speaking via a TV channel close to Egypt's coup administration, after the failed coup attempt on July 15, which was orchestrated by soldiers affiliated with his terrorist organization.

Speaking to Egypt's Al Ghad television, he claimed that Turkey has been "dragged into a civil war" and called on the West to immediately overthrow the ruling Justice and Development Party (AK Party) government and get rid of President Recep Tayyip Erdoğan.

Egypt is among the possible destinations for Gülen in the event of his fleeing the U.S., Justice Minister Bekir Bozdağ said in a televised interview on Thursday last week, citing intelligence reports.

Egypt also replied to Bozdağ's statement, saying it will consider a request for asylum from Gülen if he applies for one. According to the state-run MENA news agency, responding to a question about whether Gülen has requested asylum in the country, Egyptian Prime Minister Sherif Ismail said: "We haven't had any applications about this issue. However, we will consider it if an application is made."

Previously, Ahmad al-Muselmani, the press advisor for the president of the Supreme Constitutional Court of Egypt, Adly Mansour, had suggested asylum should be provided for Gülen in the event Washington extradites him.

Since the failed coup attempt, Turkey has been constantly criticizing the West due to a lack of solidarity with the democratically elected government against the coup plotters.

The lack of support is in contrast to the blessing the U.S. gave Egypt after the military coup in 2013. Foreign Affairs chief Catherine Ashton visited Egyptian President Abdel-Fattah el-Sissi, who ousted Egypt's first democratically elected president Mohammed Morsi in a bloody coup, 15 days after the coup.

Furthermore Al Ghad is a TV channel owned by former Fatah leader Mohammad Dahlan, who is believed to have close ties with the United Arab Emirates.

According to a piece written by David Hearst in Middle East Eye on July 29, Dahlan is alleged to have transferred money to FETÖ putschists in the weeks before the coup attempt and even communicated with Gülen through a person close to him.

Both Egyptian and UAE media reported throughout the night of July 15 that the coup attempt had been successful.

Following consultations with officials from NATO ally Turkey, the U.S. proposed a draft statement calling on "all parties in Turkey to respect the democratically elected government of Turkey." However, Egypt, a non-permanent member of the council, reportedly objected.

During the debate, Egypt argued that it was "not for the Security Council to decide whether the government is democratically elected," and it demanded that the relevant language be deleted, a diplomat said, speaking on the condition of anonymity. Despite U.S. insistence, Egypt would not budge.
Last Update: Aug 05, 2016 1:00 am
RELATED TOPICS