Turkey has buried coups in history by uniting as one nation, says Parliament Speaker 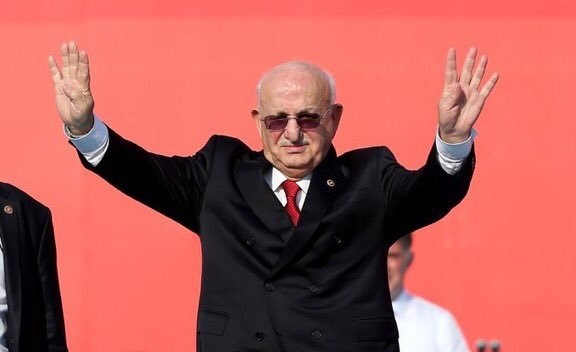 Our unity reflects that coups have now been buried in Turkey's history forever, Parliament Speaker Ismail Kahraman said Sunday in his address to millions of people gathered at the "Democracy and Martyrs' Rally" in Istanbul's Yenikapı Square.

Kahraman said: "We are here to show solidarity, that we are united as one nation, state and homeland under one flag, and to declare that we have now buried coups in history."

He said the people of Turkey had defeated the forces who wanted to sow chaos in the country.

"We have gone through a massive calamity. We opposed the maligning forces trying to create trouble among the public and we won," he said.

He added the Gülenist Terrorist Organization (FETÖ) had infiltrated state institutions through traitors, but despite that it failed.

Leaders of Turkey's three main political parties, including the Justice and Development (AK) Party, Republican People's Party (CHP) and Nationalist Movement Party (MHP) are present at the rally together, which is a historic first in the country.

Turkey's government has repeatedly said the coup was organized by followers of Fetullah Gülen, who has lived in self-imposed exile in the U.S. state of Pennsylvania since 1999, and the Fetullah Terrorist Organization.