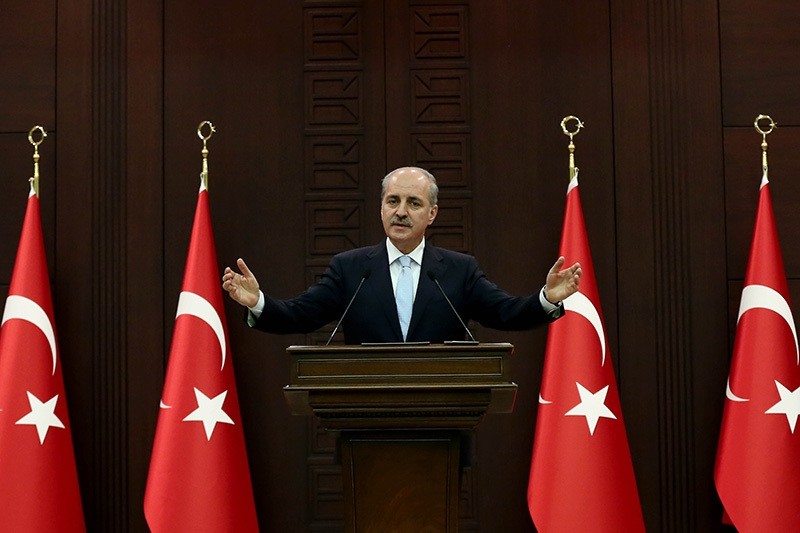 Deputy Prime Minister Numan Kurtulmuş said Monday that the suspension of public servants' leaves, which was introduced following July 15 coup attempt, was removed, adding that the upcoming Eid al-Adha holiday in April is likely to be extended to nine days for public employees.

Speaking after the weekly cabinet meeting in Ankara, Kurtulmuş said that according to police records, nearly 25 million people attended Sunday's rallies througout the country, of which an estimated took part at the mass rally in Istanbul's Yenikapı Square. "I think U.S. authorities are having serious doubts on keeping Gülen in the country following yesterday's rallies," Kurtulmuş said.

U.S. authorities have two options, first is to side with a couple of bandits, and the second winning hearts of 79 million people living in an allied country, he added.

216 suspects involved with the coup attempt, including 9 generals, are still on the run, Kurtulmuş said, adding that ten foreign nationals detained in connection with the failed coup attempt.

Regarding German Vice Chancellor Sigmar Gabriel's comments that Turkey would not become a member of the European Union in the upcoming 20 years, Kurtulmuş said that Gabriel should think about where the EU would be in 20 years, instead of thinking about whether Turkey would be a member or not.