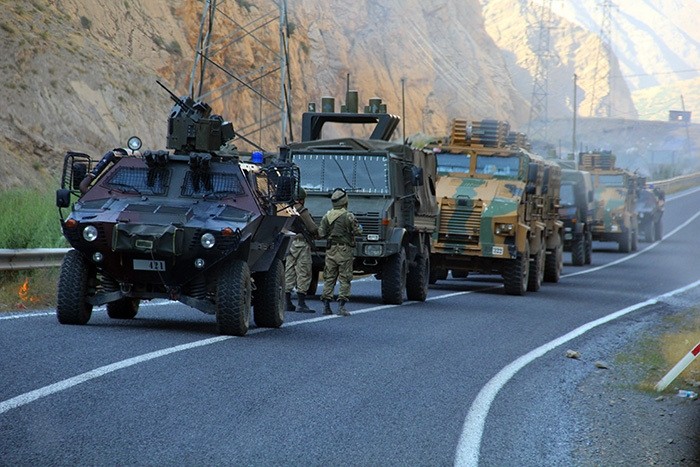 Four soldiers were killed and nine others were injured in a bomb attack by PKK terrorists in Turkey's southeastern Şırnak province on Wednesday.

The roadside bomb was detonated by the terror group during the passage of an armored vehicle in Uludere district on the Iraqi border.

Some of the injured are reportedly in critical condition.

A wide-range operation has been launched in the area with extra security forces deployed to the region.

Since then, over 600 security personnel, including troops, police officers and village guards have been killed and more than 7,000 PKK terrorists have been killed in operations across Turkey and Northern Iraq.