Opposition parties: US must extradite Gülen to Turkey 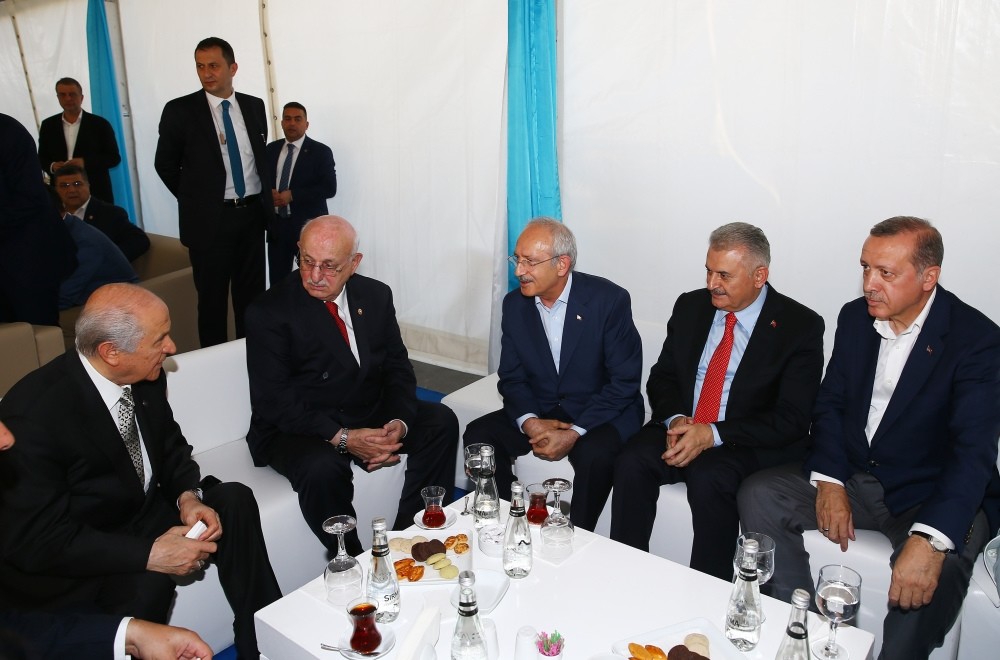 Turkey's two opposition parties both point to the Gülenist Terror Group as being behind the failed coup attempt. They also say the U.S. must extradite the cult leader Fethullah Gülen, who currently lives in self-imposed exile in Pennsylvania

While Turkish President Recep Tayyip Erdoğan on Wednesday repeated his call and gave the U.S. an ultimatum regarding Turkey's requests for the extradition of Fethullah Gülen, leader of the Gülenist Terror Group (FETÖ), opposition parties also agree on the vitality of the extradition of Gülen by U.S. authorities.

"I am sure that the U.S. will extradite Gülen after they see clear evidences of his involvement in the failed Turkish coup, which were already transmitted by the Turkish government." Republican People's Party (CHP) group Deputy Chairman Levent Gök told Daily Sabah. Saying that it is precisely accurate that FETÖ is behind the failed coup attempt and indicating that he has full confidence that the U.S., who is a strategic ally of Turkey, will not reject the extradition request, said that "Recently, U.S. authorities announced that they will help Turkey investigate a failed coup and invited our country to share any evidence which Turkey has sent to U.S authorities. I have trust in U.S. jurisprudence and remain hopeful about the likely extradition of Gülen. They will see it is clear that FETÖ is behind the coup attempt after reviewing the evidence," Gök added.

During a group meeting in Parliament after the coup attempt, MHP Chairman Devlet Bahçeli described the attempted coup as an invasion of Turkey and said members of the Gülenist terror cult are enemies of both the Turkish state and religion and faith. He also pointed to the Turkish people's union in striking down the terrorists and unveiling the perpetrators. Özcan Yeniçeri, a former MHP Ankara deputy, also spoke to Daily Sabah and said that the U.S. must extradite Gülen to allow his trial in the Turkish courts.

On the other hand, commenting on the Yenikapı Democracy and Martyrs Rally in Istanbul held on Sunday, which was attended by 5 million people as well as 10 million others who took to the streets regardless of their political or personal backgrounds to display their support for democracy, President Erdoğan said the rally opened the eyes of people in Turkey and around the world, proving the unity among Turkish society against FETÖ. He went on to say that the U.S. should heed the call of millions of Turks and extradite the former preacher turned cult leader, Gülen.
RELATED TOPICS