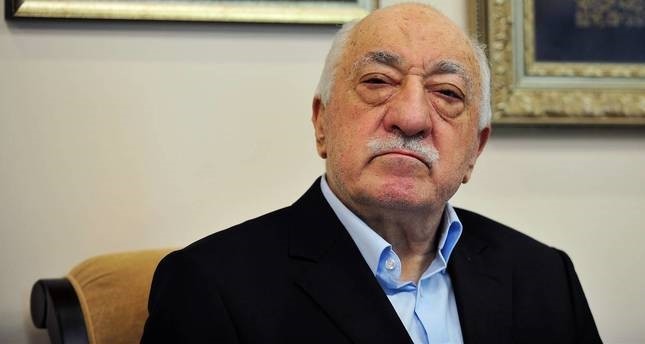 Statements made by U.S.-based Gülenist terror-cult (FETÖ) leader Fetullah Gülen prior to the 1980 coup have revealed that he has been planning to take control of Turkey's state institutions for over three decades.

According to Gülen's testimony found in the bill of indictment prepared by Bakırköy Deputy Chief Public Prosecutor Ömer Faruk Adyıner for the fugitive Gülenist prosecutors of the December 17, 25 operations, Zekeriya Öz, Celal Kara, Mehmet Yüzgeç and Fetullah Gülen talked about a 'putsch movement' which would take years to prepare and require taking control of educational instituitons.

"The putsch movement has started. However, this movement will only be implemented after 35 to 40 years, as it is not possible to carry it out in the current setting," Gülen reportedly said in a speech in İzmir, two months before the September 12 1980 coup.

In his speech, Gülen also demanded that his followers build dormitories for all students, from middle schools to universities and raise them in line with their goals.

"It is necessary for a large part of teachers in Turkey to act in line with our principles," Gülen said.

It was also reported that Gülen gave instructions through academics and advised his followers to publish a wide-range of books and magazines based on his ideologies.

On July 15, Turkey went through a brutal coup attempt, in which 240 people, most of whom were civilians were killed and over 2,000 were injured. Gülen is accused of being the mastermind behind the deadly coup attempt and confessions by coup attempt officers and non-military figures tied to Gülenists underscore the involvement of FETÖ.

Turkey's Chief of Staff Hulusi Akar, who was taken hostage on the night of the coup, was told by pro-coup officers to speak to their 'opinion leader' Fetullah Gülen on the phone.

He has been living in self-imposed exile in the U.S. since 1999 in a compound owned by his movement in Saylorsburg, Pennsylvania.

Ankara is seeking to secure his extradition from the U.S and has officially submitted the documents for extradition, while Turkish prosecutors have submitted letters requesting his arrest by U.S. authorities.

Gülenists run a vast network of schools around the globe, but are primarily invested in charter schools in the U.S., which receive government funding but operate independently from the public school system.