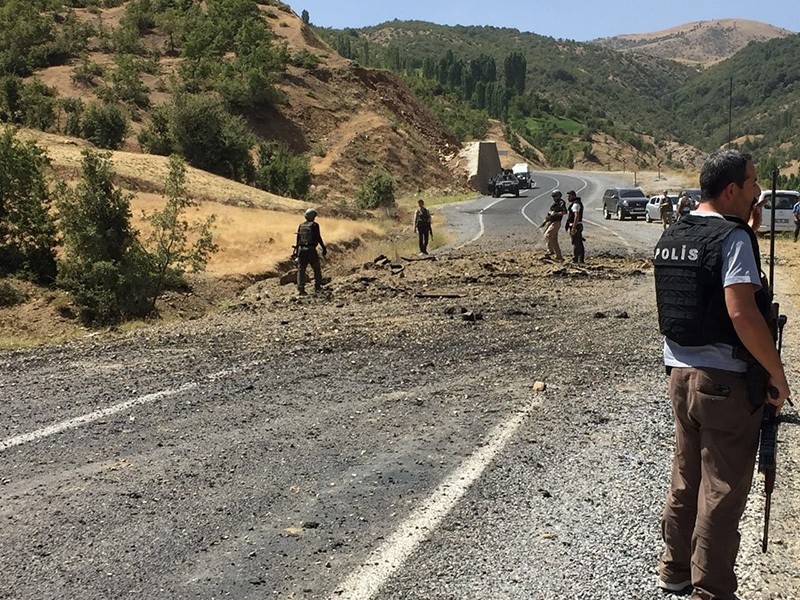 At least five soldiers and a village guard were killed on Thursday, while five other soldiers were injured as PKK terrorists detonated explosives during the passage of an armored military vehicle carrying soldiers in Turkey's eastern Bitlis province.

PKK terrorists killed village guard Müslüm Yaldız and wounded a soldier in a following operation conducted in the area near Nazar village of Hizan district.

Additional troops were deployed in the region after the clash to capture the terrorists.

While an armored vehicle was passing by, terrorists detonated explosives earlier laid under the road, killing three soldiers and wounding six others.

The injured soldiers were transferred to the public hospital in the Bitlis city center. Two soldiers succumbed to their wounds at the hospital.

Air units were also deployed in the area in an operation to capture the terrorists.

The roadside bomb was at least the third attack in 24 hours on police or military forces in Turkey.