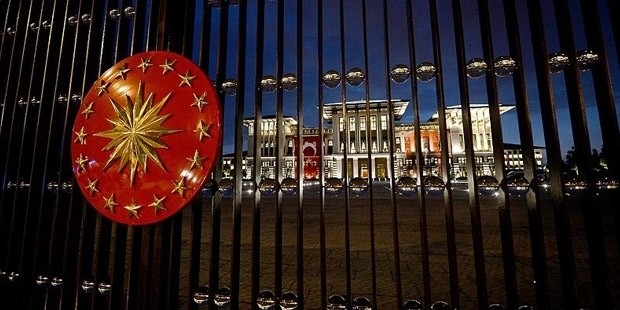 President Erdoğan chaired a security summit held in the Presidential Complex in Ankara's Beştepe district on Thursday after a trio of PKK attack hit Turkey's east and southeast in the space of 24 hours.

The summit, which began around 10 p.m. local time, lasted about one and a half hours and was also attended by Prime Minister Binali Yıldırım, Turkish General of Staff Hulusi Akar and other ministers.

A car bomb exploded early on Thursday morning in front of the Police Department Headquarters in the eastern province of Elazığ, killing at least three people and injuring 146 others.

On the same day another PKK attack killed at least three soldiers and a village guard, and injuring seven other soldiers when the terrorist group detonated explosives while an armored vehicle carrying soldiers was passing by.

It marked the third in a series of attacks after the PKK had previously hit the eastern province of Van late on Wednesday night. Three people, including a police officer, died in the attack in Van, which left more than 70 people injured.