Gülenists use Clinton-linked Podesta Group for PR battle against Turkey 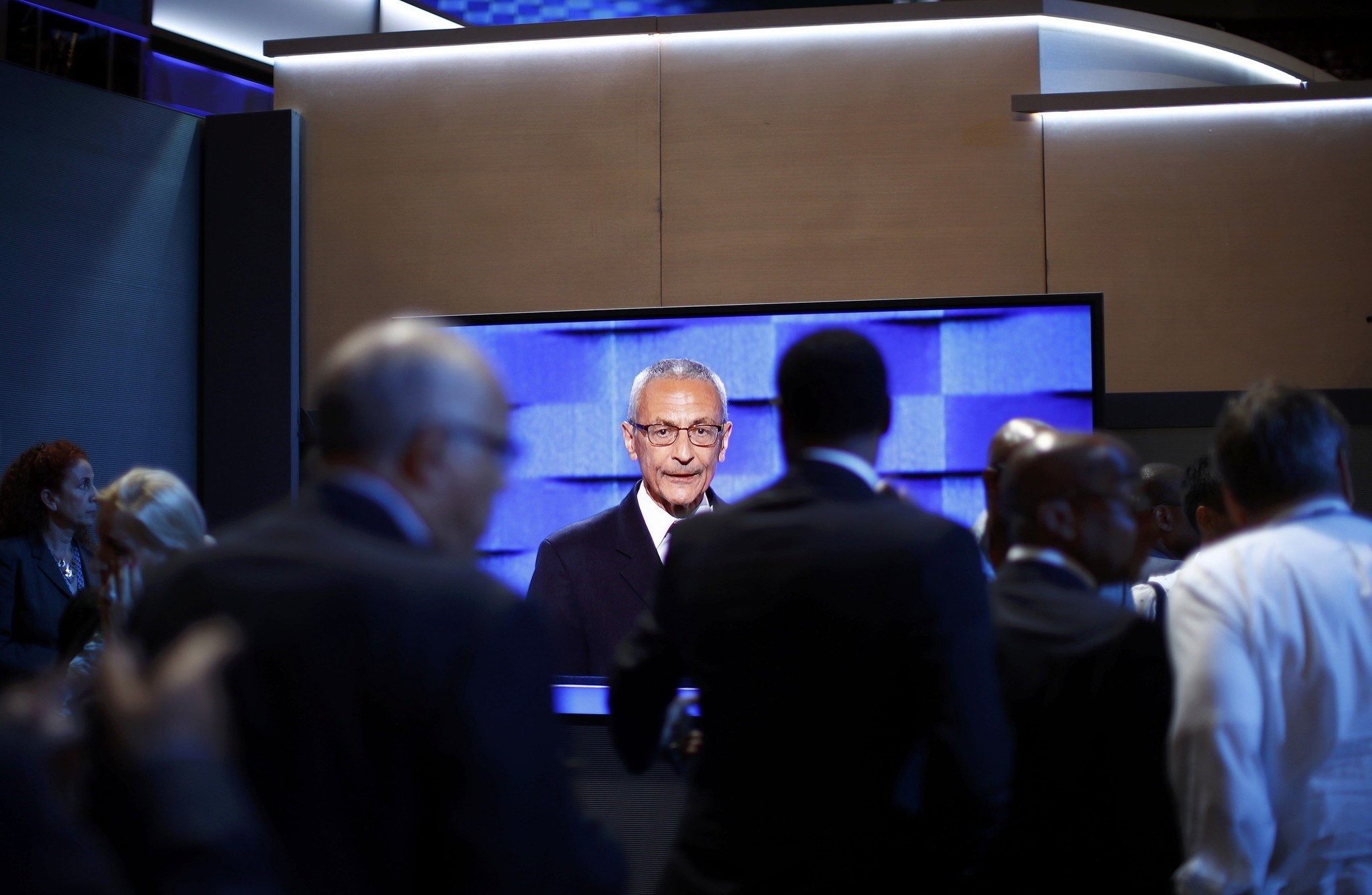 An email sent to U.S journalists by the Clinton-connected Podesta Group has disclosed the group's lobbying activities for the Alliance for Shared Values, a U.S.-based group closely tied to the Gülenist Terror Group (FETÖ).

The Alliance for Shared Values, whose honorary president is Fetullah Gülen, hired the Clinton-connected Podesta Group in May to lobby the U.S. Congress on its behalf.

Will Bohlen, the Vice President of Podesta Group, urged those who want to write an article about FETÖ's leader Fetullah Gülen in the U.S. should get in touch with the Alliance for Shared Values, saying that the FETÖ was a "peaceful movement inspired by Gülen himself."

Podesta group was co-founded by John Podesta who is Clinton's 2016 presidential election campaign chairman and a longtime aide, In the letter Bohlen also described those who are accusing Gülen for the July 15 coup attempt as "Erdoğan apologists", and presented a possible switch to the presidential system in Turkey as a threat to democracy.

As FETÖ swiftly loses popularity following the coup attempt in Turkey, the terror group ramped up its lobbying activities in Washington. Emre Çelik, the president of the Rumi Forum, a Gülenist group whose honorary president is also Fethullah Gülen, recently tried to make contact with almost every journalist and commenter focusing on issues in Turkey and the Middle East.

Many groups hire the Podesta Group for its public relationship services to gain influence via Clinton, however Gülenists' close ties with Clinton have an older history. The U.S.-based website Daily Caller claimed last year that Gülen's followers donated to Clinton's various political campaigns with individual donations of up to $1 million.

On July 15, a Gülenist faction, led by the U.S.-based figure Fetullah Gülen, within the Turkish military attempted a deadly coup that killed more than 240 people and injured nearly 2,200 others.

Regarding Gülen's extradition to Turkey, Ankara has submitted repeated formal requests along with boxes of evidence to the U.S. Department of Justice, as well as information that illustrates the group's well-known motives to directly target Turkey's democratically elected government. Testimony from leading figures involved in the coup attempt point to Gülen as being responsible for the attempted coup, but America continues to display reluctance in regards to his extradition, demanding that Turkey provides "hard evidence."