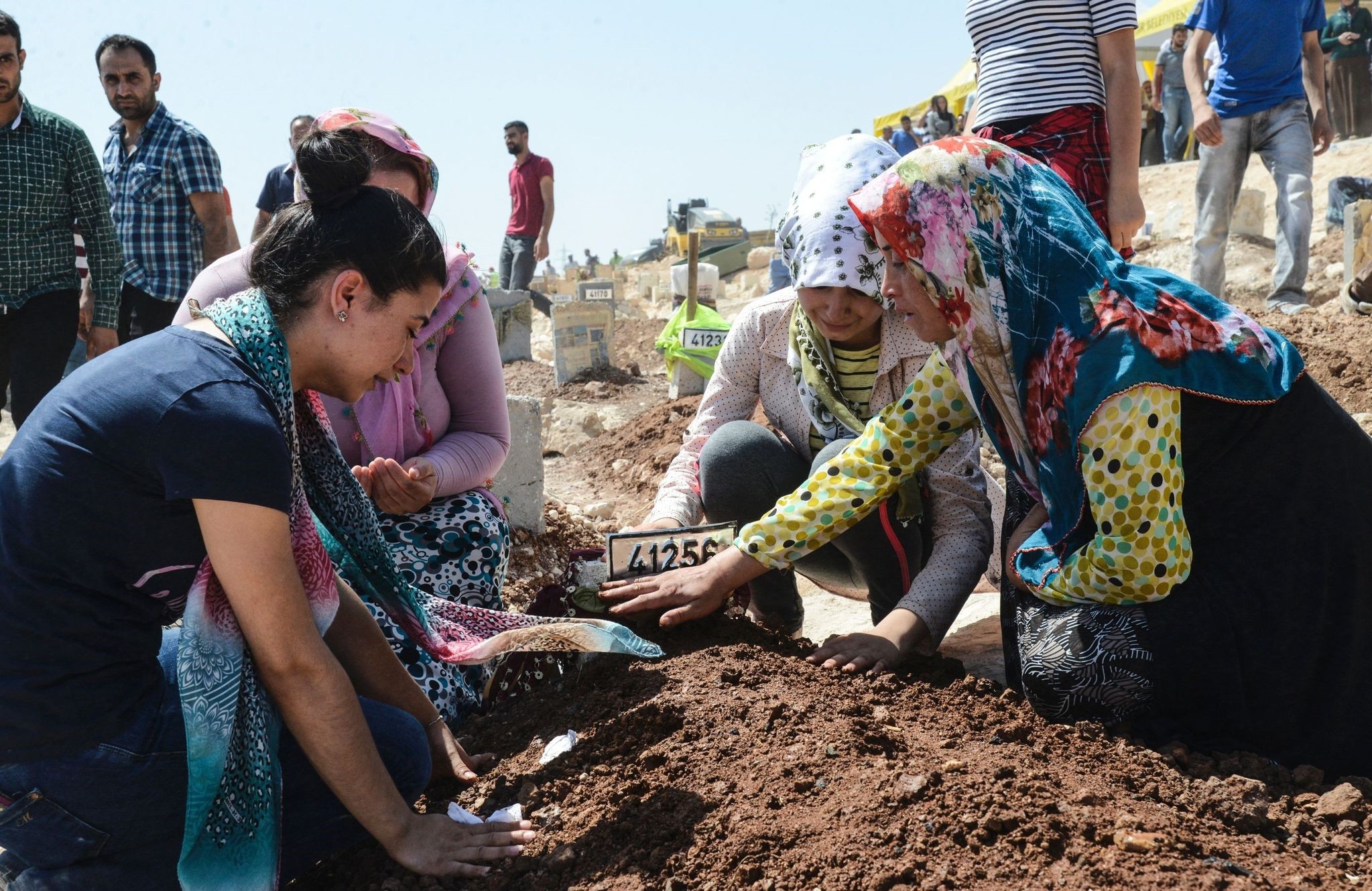 Women gesture as they kneel by a grave at a cemetery during the funeral for the victims of last night's attack on a wedding party that left 50 dead in Gaziantep in southeastern Turke on August 21, 2016. (AFP Photo)
by Daily Sabah with Reuters Aug 21, 2016 12:00 am

The White House said on Sunday it condemns the attack at a wedding in Turkey on Saturday and that Vice President Joe Biden would discuss the fight against such terrorism during his trip to Turkey this week.

"The perpetrators of this barbaric act cynically and cowardly targeted a wedding, killing dozens and leaving scores wounded," said Ned Price, a spokesman for the White House National Security Council, in a statement.

Condemning the attack in southeastern Turkey 'in the strongest possible terms', the U.S. expressed solidarity with Turkey, wishing a speedy recovery to the wounded and praying for the families who lost their loved ones in the attack.

In the statement, the White House reiterated that they stand with Turkey and its people as they defend their democracy against all kinds of terror.

U.S. Vice President Biden is scheduled to visit Ankara on Wednesday, August 24, "to reaffirm our commitment to work together to confront the scourge of terrorism," the statement concluded.

At least 51 people were killed and 94 wounded when a suspected Daesh blast targeted an outdoor wedding celebration in the southeastern Turkish province of Gaziantep on Saturday night.