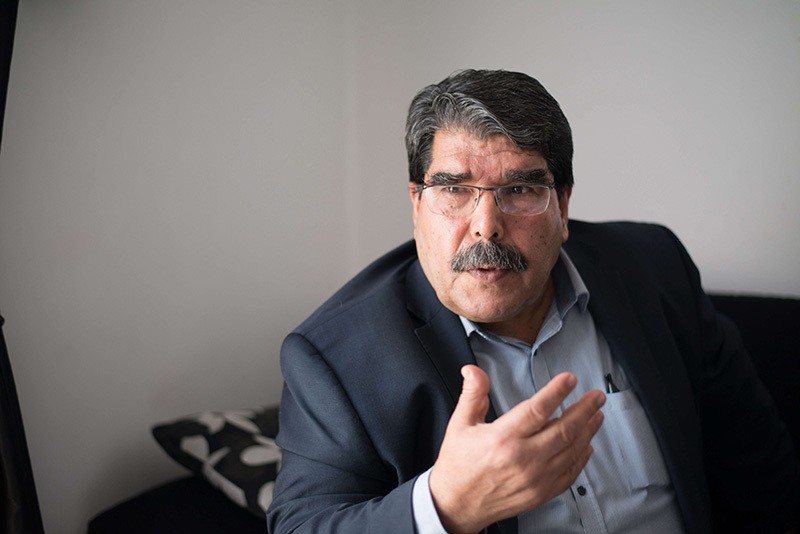 Salih Müslim, head of the PKK's Syrian offshoot Democratic Union Party (PYD), wrote in a tweet on Wednesday that Turkey was entering a "quagmire" in Syria and faced defeat there like Daesh after its forces hit targets in northern Syria.

Turkey, supported by warplanes from the U.S.-led coalition, struck Daesh along its border on Wednesday.

Ankara sees Muslim's PYD, which has also battled Daesh in northern Syria with U.S. backing, as a threat because of its organic links with the PKK terror organization, which has led a bloody armed campaign against the Turkish state since 1984.

"Turkey is in a Syrian quagmire. Will be defeated as Daesh," Müslim tweeted in Arabic and English, whereas in his tweet in Turkish he only said, "Turkey will lose a lot in Syria quagmire," not mentioning Daesh.

"There are those who say Turkey will be affected from this operation in this or that way. I tell them to think about their own future," President Erdoğan said.

The YPG, considered to be the PYD's armed wing, also released a statement claiming Turkey's operation is a "blatant agression in Syrian internal affairs" resulting from an agreement between Turkey, Iran and the Syrian regime.

Again on Wednesday, Turkish Foreign Minister Mevlüt Çavuşoğlu said that YPG elements must return to the east of the Euphrates River, as agreed with the U.S., or Turkey will do as necessary.

YPG Spokesperson Redur Xelil responded that Turkey's demands for the YPG to pull back east of the Euphrates could only be answered by the Syrian Democratic Forces (SDF), a U.S.-backed coalition against Daesh of which the YPG plays a major part.