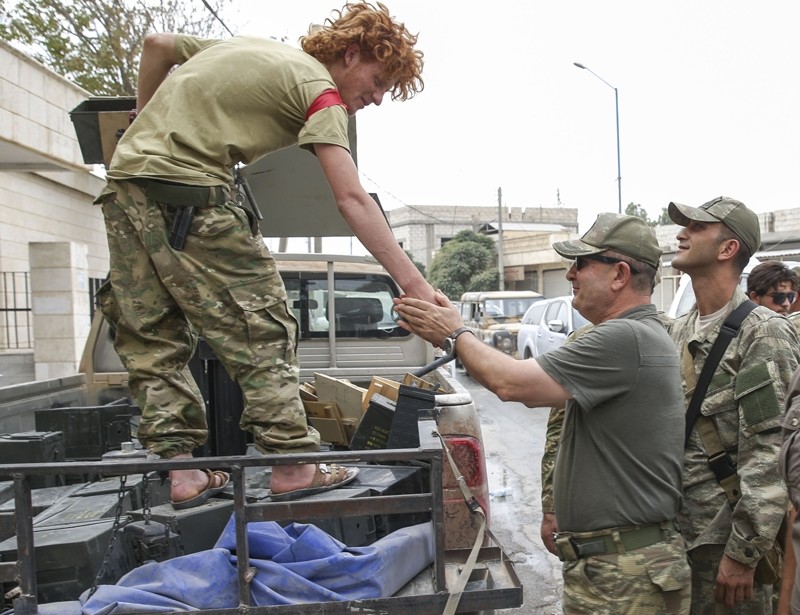 Turkish Special Forces Commander Major General Zekai Aksakallı headed to the Syrian town of Jarablus on Wednesday to inspect the troops and assess the sitiuaiton in the region.

Jarablus was captured from the Daesh terrorist organization by an Ankara-backed Free Syrian Army (FSA) in a joint operation with the U.S.-led coalition on Aug. 24.

Lt. Gen. Aksakallı also held a meeting in Jarablus with leaders of the opposition forces.

Inspecting all military guardhouses along the border line, Aksakallı visited border posts in which military tanks, howitzers and armored cars were deployed. He also met several soldiers affiliated with Special Forces in the region.

He is expected to continue his inspection in southeastern provinces of Gaziantep and Şanlıurfa on Monday.

Lt. Gen. Aksakalli, in his former capacity as major general, played a key role in the defeat of the attempted coup. He was recently promoted by the Supreme Military Council (YAŞ), chaired by Prime Minister Binali Yıldırım, in its first meeting after the failed coup attempt of July 15.