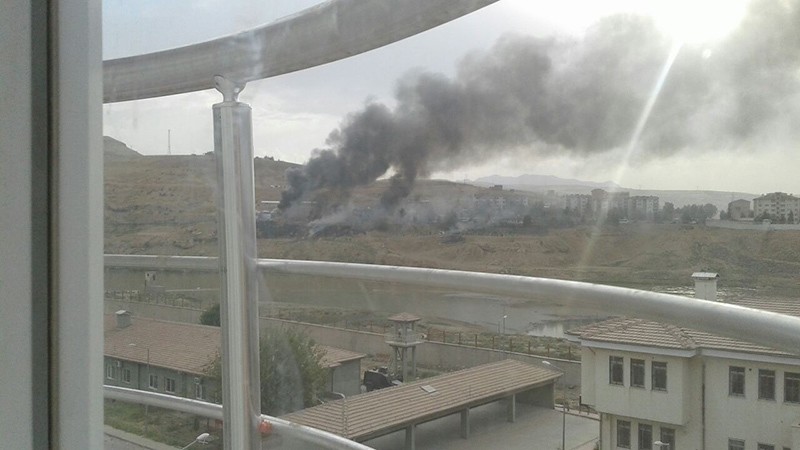 At least 11 police officers have been killed and at least 78 people injured by a car bomb attack carried out by PKK terrorists in Cizre district, located on the border with Syria in Turkey's southeastern Şırnak, early on Friday.

The terrorist attack took place at 6:40 a.m. local time, and was carried out with a truck filled with explosives, reports said.

An initial statement by the Şırnak Governorate put the death toll at eight, adding that four of the 45 wounded in the attack are in critical condition. Health Minister Recep Akdağ said that 78 people had been transferred to hospitals after the attack.

Three police officers later succumbed to their wounds in hospitals bringing the total death toll to 11.

The Şırnak-Cizre road was closed to traffic following the terrorist attack, and many houses and shops were damaged as a result of the explosion.

Ambulances and health officials rushed to the scene of the attack, and the injured were brought to Cizre Public Hospital to receive treatment.

Security forces have launched an operation to catch the terrorists.

The Turkish government has intensified its counterterror operations following the recent attacks carried out by the PKK, which is also recognized as a terrorist organization by the U.S. and the EU.

Formed in 1978, the terrorist group had been fighting the Turkish state for an independent state until the early 2000's, before shifting its goal to autonomy.